McDonald's is giving its Happy Meal toys a makeover 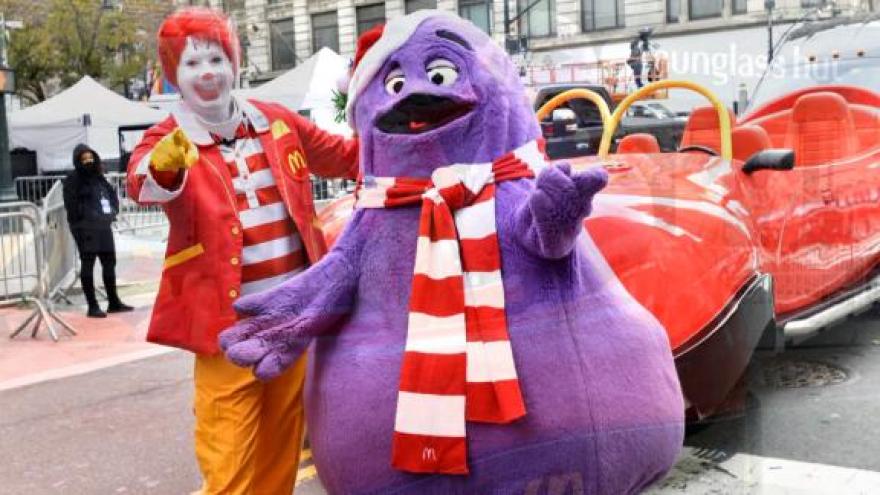 (CNN) -- McDonald's pledged Tuesday to significantly reduce the use of plastics in its Happy Meal toys worldwide, two years after the fast food giant faced backlash in the United Kingdom over environmental concerns.

For McDonald's young customers, that means instead of some plastic figurines, they'll get 3-D paper-based toys they can put together themselves. Some paper-based toys, like Pokémon trading cards, are already in the US market. More options, which could include board games with traditional plastic pieces swapped out and other types of toys, will start appearing in US Happy Meals in January.

McDonald's commitment marks the latest evolution in the Happy Meal program, which was introduced in 1979 and has been subject to controversy over the years. In the past decade, the company has also tweaked the Happy Meal menu to make it healthier. In 2018, for example, it promised to remove cheeseburgers from the menu by 2022.

McDonald's made changes to its Happy Meal toys a couple of years ago in the wake of backlash from consumers worried about plastic waste generated from the toys.

One incident in particular made waves. In 2019, a petition started by two British girls asking McDonald's and Burger King to stop distributing plastic toys started gaining traction and media attention. Ultimately, that plea garnered over 500,000 signatures.

In 2019, McDonald'sstarted to test out books, board games and plush toys in Happy Meals in the United Kingdom. Starting this year, Happy Meals in the UK and Ireland no longer include toys made from non-recycled or non-renewable types of hard plastic. The company also began to offer books and toys made from paper across the region this year toavoid plastic altogether. And as of February, Happy Meals in France no longer come with plastic toys. The efforts have allowed McDonald's to reduce the use of virgin plastic, which is made with fossil fuels, by 30% since 2018, the company said. It is now aiming for a 90% reduction by 2025, compared to 2018.

The announcement follows a pledge by Burger King in 2019 to eliminate non-biodegradable plastic toys globally by the end of 2025.

When asked during a press briefing whether the commitments were made in response to consumer backlash including the UKpetition, Jenny McColloch, McDonald's chief sustainability officer, noted that some changes were made prior to 2019.

"We've had innovation in our toys for quite some time," she said, adding that in some cases the company "started introducing some of these more sustainable materials" as early as 2018. "That said, we're always listening to our customers and our families, and understanding where we can do better," she added.

McDonald's also said in the briefing that the transition to new materials was a massive undertaking and that it sells over one billion toys each year. The new toys won't cost franchisees more than the old ones.

Major companies, including Burger King and McDonald's, are also responding to customer concerns over plastic waste by testing out reusable packaging in certain markets. McDonald's set a goal in 2018 to reduce greenhouse gas emissions from its offices and restaurants by 36% between 2015 and 2030.