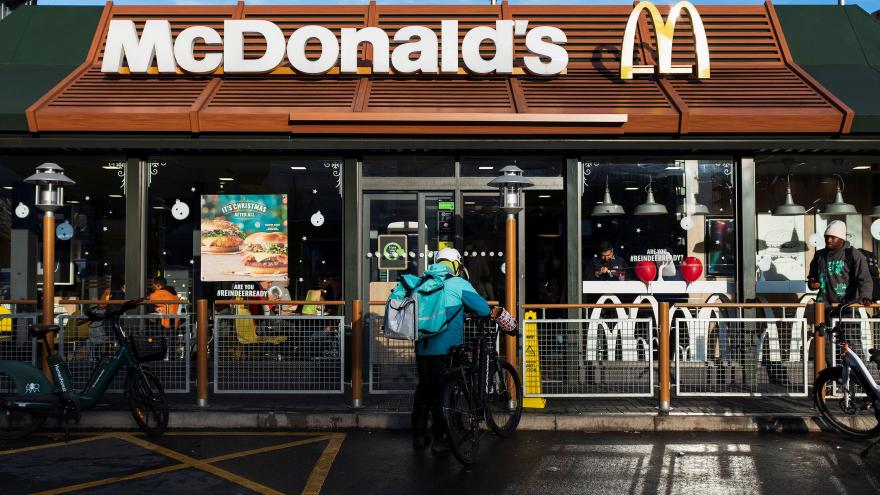 (CNN) -- McDonald's roughly 1,200 locations across the United Kingdom will close for most of the day Monday for Queen Elizabeth's funeral.

"All of our UK restaurants will be closed on Monday until 5 pm, to allow everyone at McDonald's to pay their respects to Her Majesty Queen Elizabeth II," the company wrote in a tweet.

September 19 has been declared a public holiday across the United Kingdom. A number of retailers and restaurants have announced they're closing for the day, including Greggs, Harrods, John Lewis, Marks and Spencer, Asda and Primark.

London's financial markets and banks will also be closed Monday for the last day of national mourning.

Specific details for the funeral, taking place in London, haven't yet been revealed. However, the coffin will travel in procession to Westminster Abbey for the funeral in the morning. After the service, it will travel to St. George's Chapel, Windsor, for a committal service.

McDonald's cautioned that "hours and services may vary" after it re-opens Monday evening and encouraged customers to check its app for latest information.

The UK government has said the decision on whether to close is a matter for individual businesses. Supermarkets and restaurants typically remain open on public holidays.