McDonald's is bringing back the McRib 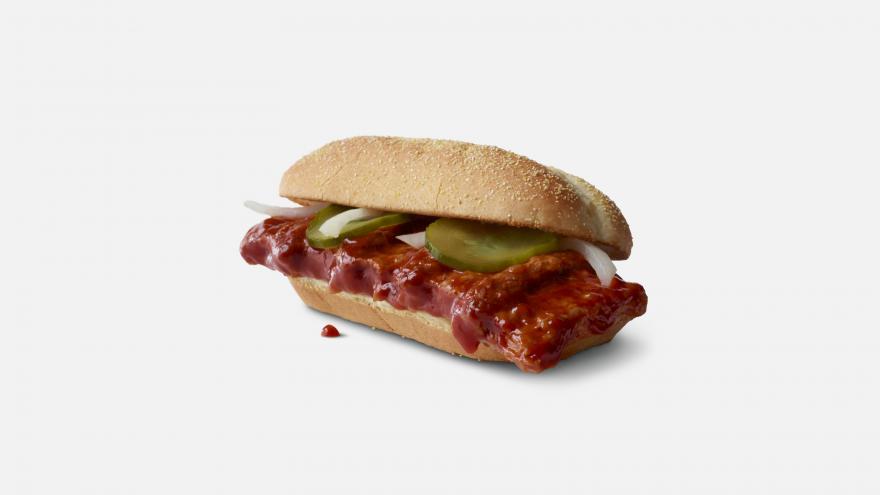 (CNN) -- McDonald's has set a return date for the McRib.

The limited-time offering is returning to menus nationwide on November 1, McDonald's announced Thursday. This year marks the 40th anniversary of the McRib, which was a dud on its debut but has bounced back to become a fan-favorite menu item.

The sandwich is a boneless pork patty, shaped like a rack of ribs and smothered in barbecue sauce then placed on a homestyle bun. Price varies by location.

McDonald's first added the McRib to menus around Kansas City in 1981. The chain pulled it from its menu four years later. But it has become a cult favorite among McDonald's loyalists in recent years. In a statement, the company credited the internet and social media for solidifying its "icon status" and the birth of the phrase "McRib Season."

The McRib returns to menus annually. For the first time last year, it was sold nationally. Seasonal items are an important marketing tool for the food industry, according to Alexander Chernev, a professor of marketing at Northwestern University's Kellogg School of Management.

"When you have these exclusive products, which exist for a short period of time, it gives people a reason to come to the store," he previously told CNN Business. For example, Starbucks customers get excited about Pumpkin Spice Lattes and holiday red cups.

Plus, limited time offerings have helped propel McDonald's sales. Its celebrity meal strategy, which was recently copied by Burger King, improved sales at US stores open at least 13 months jump 25.9% in the past quarter, beating analysts' expectations.