McDonald's is adding a new treat for fall 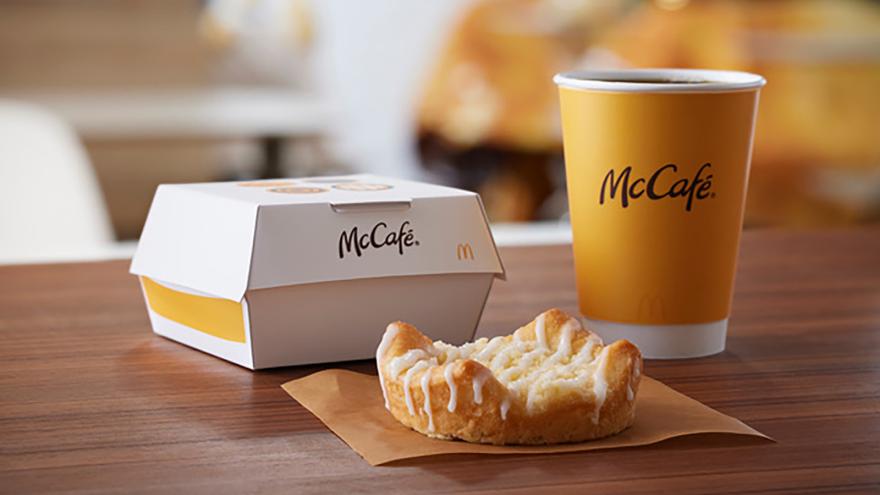 (CNN) -- McDonald's newest item for fall doesn't have pumpkin or maple flavors. Rather, it's a nostalgic treat from more than three decades ago.

Beginning September 14, the chain is bringing back the cheese Danish, a flaky pastry filled with sweet cream cheese and topped with a buttery streusel and light vanilla drizzle. McDonald's said the limited-time offering is a "fresh take" on a similar pastry it briefly served in the 1980s.

It's the latest example of a fast food giant tapping into nostalgia to excite customers. Pizza Hut recently turned back time, reintroducing its logo from the 1990s. McDonald's frequently brings back the McRib. And Burger King briefly returned the Whopper to its original launch price.

The cheese Danish joins its McCafé bakery lineup, an assortment of baked goods it introduced in 2020 to help invigorate its once-sagging breakfast sales. Similar to its other bakery items, including an apple fritter, a blueberry muffin and a cinnamon roll, the cheese Danish is available all day.

Changing its breakfast lineup has helped McDonald's turn around sales during the crucial part of the day, especially as rivals bolster theirs. Wendy's recently rolled out french toast sticks, a nostalgic item for kids as they head back to school.

A recent report from research firm NDP Group revealed that business for mornings has remained steady in the second quarter of 2022, while other parts of day (including lunch and dinner) declined in the midst of rising menu prices.

McDonald's CEO Chris Kempczinski said in a recent earnings call that breakfast was its "strongest performing daypart," adding that it feels good about it. "It's a change. If you remember, a few years ago, I think there were a bunch of questions about breakfast," he conceded.

Sales at its McDonald's US restaurants open at least 13 months jumped 3.7% in the second quarter, with growth being driven by higher menu prices and "value offerings" on its regular menu as well as through its app.

"Over the last few years, McDonald's has proven itself the champion of recognizing and cashing in on current consumer trends, wrote Carmen Bryan, a consumer analyst at GlobalData, in a note Tuesday. "The company has consistently reinvented its menu throughout the pandemic and beyond, which has helped it to retain relevance and customer interest."