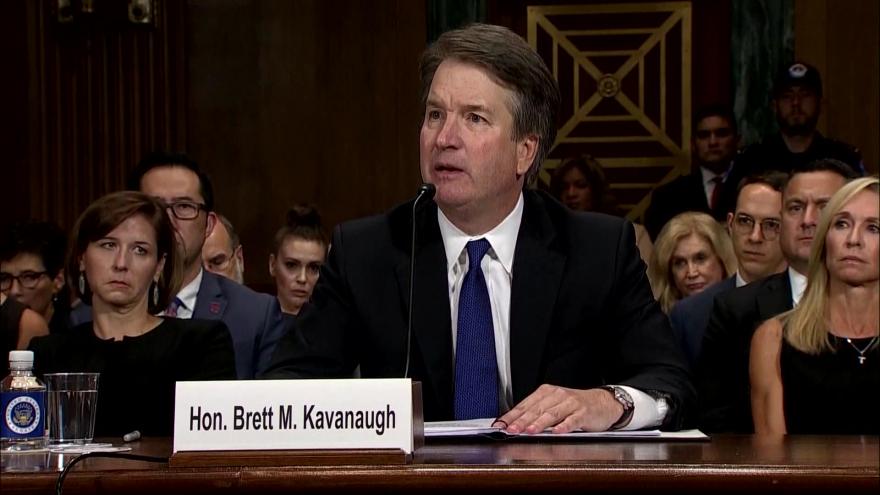 The Republican leader filed a motion setting up a Friday vote on whether to limit debate on Kavanaugh and move forward.

A simple majority of 51 votes will be needed for Kavanaugh's nomination to advance. A final vote could come Saturday.

Senators delayed a vote on Kavanaugh so the FBI could conduct a background investigation into the allegations of sexual misconduct against him. Kavanaugh denies the allegations. The Senate Judiciary Committee expected to receive the report from the FBI Wednesday evening.

A handful of Republicans and Democrats have not decided whether to support Kavanaugh. Their votes will likely decide whether he is confirmed.

All 100 senators, and a handful of Senate staff, will be able to read the FBI's new report on sexual misconduct allegations against Supreme Court nominee Brett Kavanaugh once it's sent to Congress. But it's unclear if the public will see it.

Background checks are routine in a nominee's vetting process and are generally delivered to the Senate without much fanfare. This background check is different, requested by a trio of senators who are undecided on Kavanaugh's confirmation.

It's expected that many senators will want to read or be briefed on the supplemental background check, which the Senate is expected to receive no later than Thursday.

To guard the sensitive information, the FBI's report is expected to be held in a secure room normally reserved only for classified matters.