Mayors and governors are vying for more control over combating coronavirus 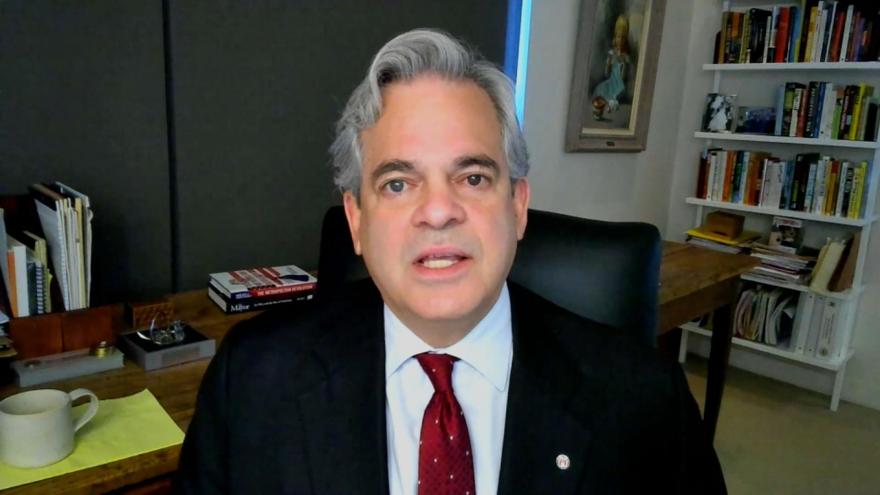 Austin Mayor Steve Adler said that his city is in within "two weeks" of having its hospitals overrun.

(CNN) -- In the absence of federal mandates, state and local officials must figure out on their own the tricky road to reopening safely amid the pandemic.

The resurgence of the virus, particularly in the Sun Belt, has left some mayors of hotspot cities frustrated with their governors over their lack of control to require residents to wear masks or stay at home.

Austin, Texas, is within two weeks of having its hospitals overrun -- and its intensive care units could fill up even sooner, Democratic Mayor Steve Adler told CNN's Dana Bash Sunday on "State of the Union." He doesn't necessarily want Republican Gov. Greg Abbott to issue a statewide stay-at-home order, but he wants the ability to do so for his city's residents.

That sentiment was echoed by Judge Lina Hidalgo, the top elected official in Harris County, Texas, which includes Houston. Abbott's recent mandate ordering most Texans to wear masks in public will make some difference, but it's not enough, she said.

"Right now, folks need to stay home and I need the authority to enforce it," Hidalgo, a Democrat, said on ABC's "The Week" on Sunday.

Abbott also issued a proclamation giving mayors and county judges the ability to restrict some outdoor gatherings with more than 10 people.

Meanwhile, in Arizona, Phoenix Mayor Kate Gallego said Sunday that local officials had to "beg to be able to implement masking orders." But that's not sufficient when cases are surging in the state.

"Our governor has preempted us from closing different types of businesses or moving restaurants to take-out only," Gallego, a Democrat, said on ABC's "This Week" about Republican Gov. Doug Ducey. "We really want as many tools as possible."

Local officials in Arkansas were just given the power to mandate face coverings. Republican Gov. Asa Hutchinson on Friday issued an executive order that allows cities to pass such ordinances.

"We wanted to have a model so that everybody could have the same standard if they choose to adopt that mandate," Hutchinson said on NBC's "Meet the Press" on Sunday, noting that "we all should be wearing a mask, face coverings when we go out in the public or you can't socially distance."

The tension, however, isn't only between Democratic local officials and Republican governors. In New York, Gov. Andrew Cuomo and New York City Mayor Bill de Blasio, both Democrats, tussled yet again last week -- this time over reopening schools in the fall.

De Blasio said Thursday that schools will reopen in September. Soon after, the governor weighed in.

It is state law that governs the opening and closing of schools during the pandemic, not local government, Cuomo's communications director Dani Lever said in a statement.