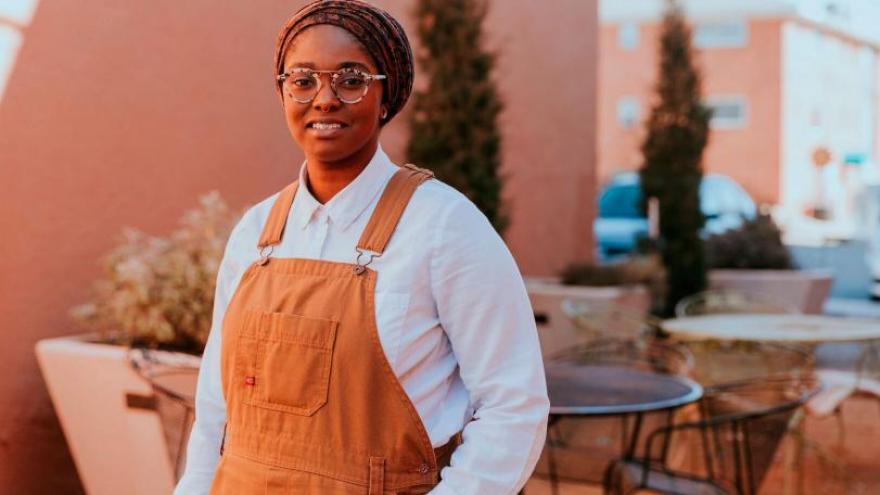 (CNN) -- Mauree Turner won her race for Oklahoma state House for District 88 on Tuesday, becoming the first nonbinary state legislator in US history and first Muslim lawmaker in Oklahoma.

Turner, 27, defeated Republican candidate Kelly Barlean to represent the district, winning about 71% of the votes, according to the Oklahoma State Election Board unofficial results. Her victory comes after beating incumbent Rep. Jason Dunnington in the district's Democratic primary election in June.

Turner identifies as nonbinary, which the National Center for Transgender Equality defines as gender understood as neither male nor female. Turner uses both the they/she as pronouns, according to Turner's Twitter profile. On Turner's campaign website, Turner uses she/her.

"I have a lot of feelings about tonight," said Turner in a Twitter post on Tuesday night. "But overall, I'm grateful for HD88 granting me this opportunity." She posted the tweet with an image saying, "The real work begins. The future is now."

According to the LGBTQ Victory Fund, a national organization dedicated to electing LGBTQ people, there are currently four known genderqueer or nonbinary-identified elected officials serving in the US and five public LGBTQ elected officials in Oklahoma. Turner is the first nonbinary person to be named to a state legislature.

"Mauree is now a trailblazer for non-binary people and their courage to run openly will inspire more non-binary people to pursue careers in elected office," said the president and CEO for LGBTQ Victory Fund, Annise Parker, in a statement.

An activist, community organizer and native Oklahoman, Turner has spent most of her life fighting for issues such as immigration rights, racial justice and criminal justice, according to a campaign news release.

Living as a Black Muslim American Queer Womxn in the state of Oklahoma, Turner said, she experienced not being seen or heard by lawmakers. Her campaign ran on a platform of seeking to drive conversations about what inclusive representation looks like, according to Turner's campaign site.