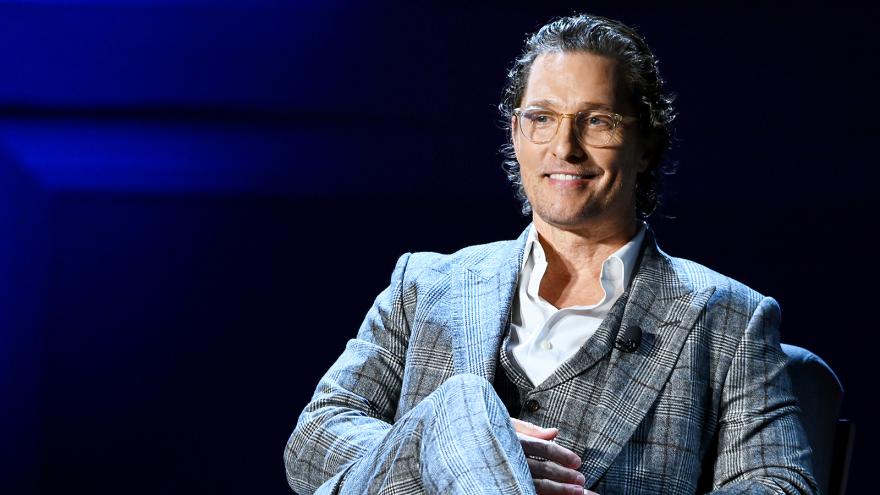 The "Dallas Buyers Club" actor, a native of Texas, said in a recent episode of the "Set‌ ‌it‌ ‌Straight:‌ ‌Myths‌ ‌and‌ ‌Legends" podcast that he's "measuring" the idea after members of the country band Midland said he should run for office in his homestate. Over the past year, McConaughey has played with the idea of running for Texas governor.

To the hosts he replied, "Well, thank you, man. I'm measuring it. Look, it's going to be in some capacity. ... I just — I'm more of a folksy and philosopher poet statesman than I am a, per se, definitive politician."

He continued, "So I go, well, that's a reason not to, but then I go, no, that's exactly why you should, because politics needs redefinition, but I'm measuring, you know, what is my category? What's my embassy?"

If McConaughey does run, it will likely be against Democrat Beto O'Rourke and current Gov. Greg Abbott, according to the Houston Chronicle.

McConaughey said his struggle with becoming a politician is how to remain an artist as well.

"I have to remain an artist," he said on the podcast. "I've earned my right to enjoy that Saturday night part of life, that music part of life. It has to have music to it. You know what I mean. I'm very good at being diligent, Monday morning, practical, structure, I'm all of that. But I gotta continue to be an artist in what I do."