Mattel adds a Susan B. Anthony Barbie to its line of inspiring women just in time for Election Day 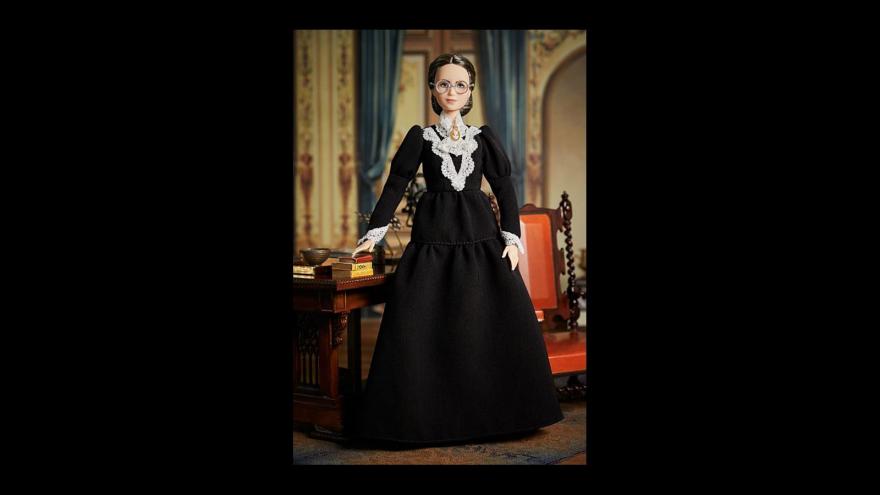 The Susan B. Anthony Barbie is part of the toy maker's "Inspiring Women" line.

(CNN) -- It's the 100th anniversary of the 19th Amendment and Mattel released a new Barbie to celebrate.

The toy company unveiled a new Susan B. Anthony doll last week as a part of its line of inspiring women.

The National Susan B. Anthony Museum & House in Rochester, New York, officially unveiled the doll on October 1. It appeared on Mattel's website on Monday.

"We were delighted that the design team from Mattel reached out to us early in the project, demonstrating their interest in a doll and packaging that would reflect Susan B. Anthony's life and work," Deborah L. Hughes, president & CEO of the Anthony Museum, said in a news release.

"You can almost hear her speak, 'Yes, your honor, I have many things to say.' She is still telling us to get 'a citizen's right to vote,'" Susan B. Anthony biographer Ann Gordon said in the release.

Anthony is known for her work for woman suffrage and her infamous arrest after voting in the 1872 presidential election when it was illegal for women to do so. She also spoke out against slavery and was instrumental in getting colleges to admit women.

The launch is especially significant as 2020 marks the museum's 75th anniversary, Anthony's 200th birthday, as well as the 100th anniversary of the 19th Amendment, which gave women the right to vote.

The limited-edition doll is dressed in a black and lace dress that reaches the floor and is complete with glasses and a cameo brooch.