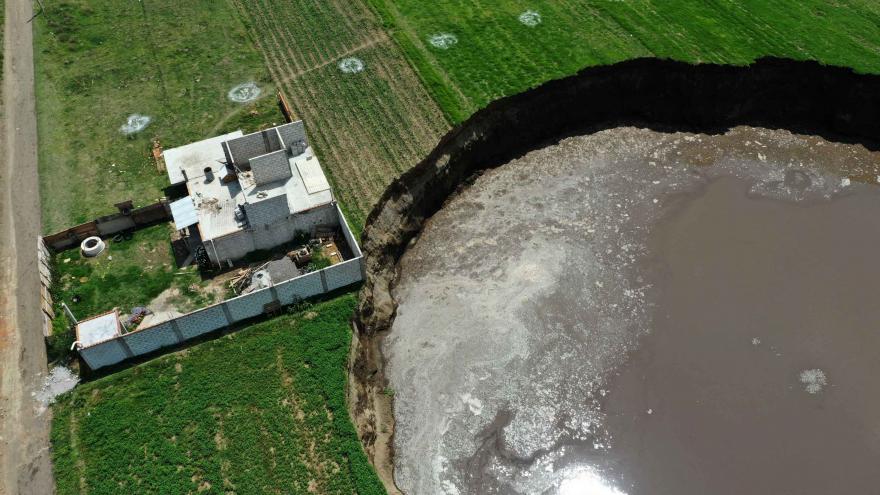 (CNN) -- A huge sinkhole some 60 meters in diameter has appeared in farmers' fields in central Mexico, threatening to swallow a nearby house.

The sinkhole is situated in Santa María Zacatepec, Puebla state, and is around 20 meters deep, said state governor Miguel Barbosa Huerta at a press conference Monday.

Barbosa said the family that lives close to the sinkhole has been evacuated. No one has been injured so far, but the governor warned local residents to stay away from the area.

The sinkhole measured five meters in diameter when it first appeared then grew quickly in just a few hours, according to Beatriz Manrique, environmental secretary for the Mexico region.

"We think that it might be a combination of two factors: the softening of the field, the whole area was being cultivated, as well as the extraction of groundwater, which softens the subsoil," said Manrique.

Officials from public bodies including the national water commission will now carry out an investigation into what happened. This process includes soil studies, and could take up to 30 days.

The sinkhole first appeared on Saturday and is filled with water that is constantly moving around, reports CNN affiliate Televisa. 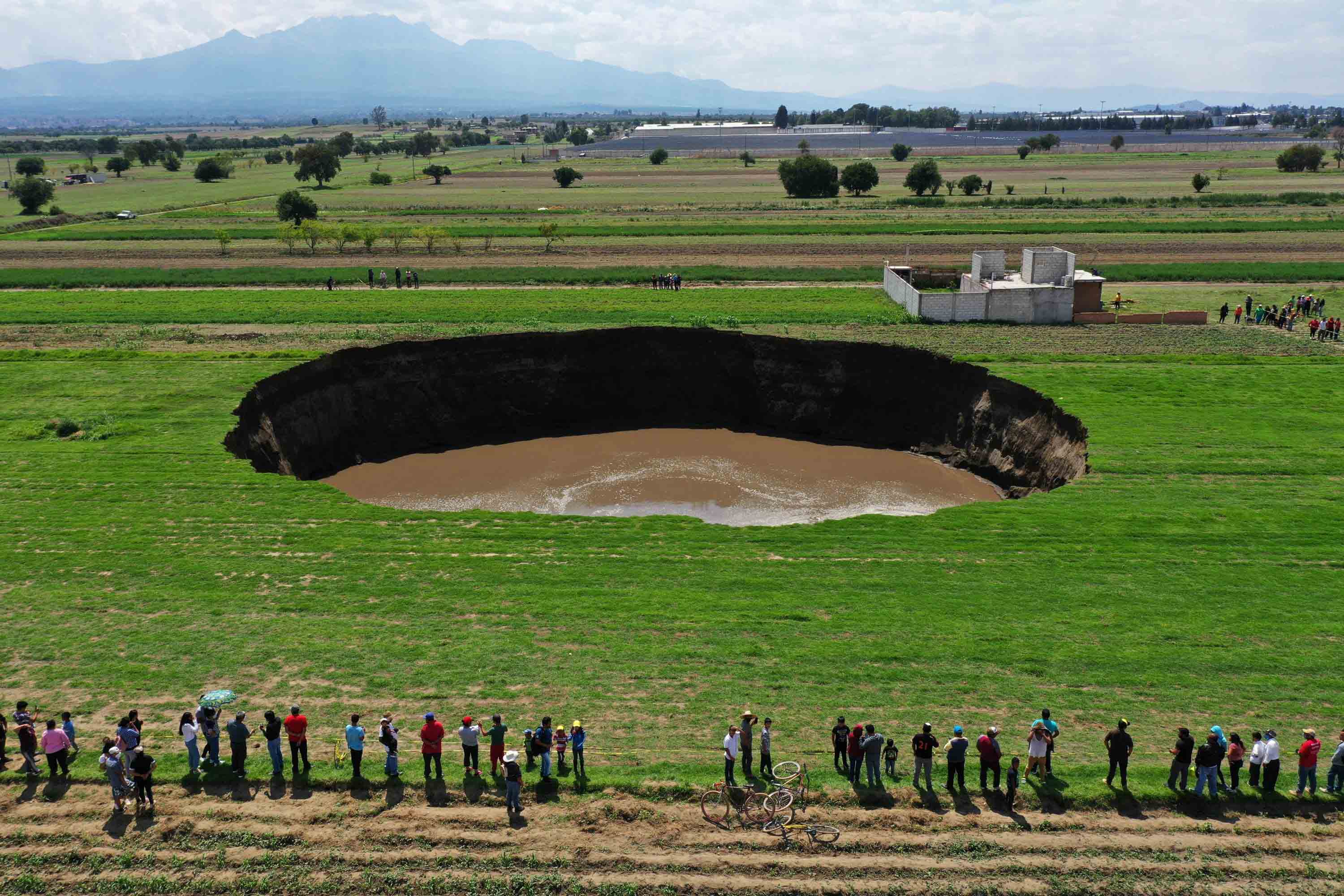 Sinkholes occur when ground can no longer support the land surface above it, according to the United States Geological Survey (USGS).

This can happen for a number of reasons, including the erosion of rock beneath the land surface as groundwater passes through it, leaving a void which the surface collapses into.

In January 2021, a huge sinkhole swallowed several cars and forced the evacuation of a Covid-19 ward after opening up in the parking lot of a hospital in southern Italy.

And in January 2020, at least six people died and 16 others were injured after a massive sinkhole swallowed up a bus picking up passengers in northwestern China. 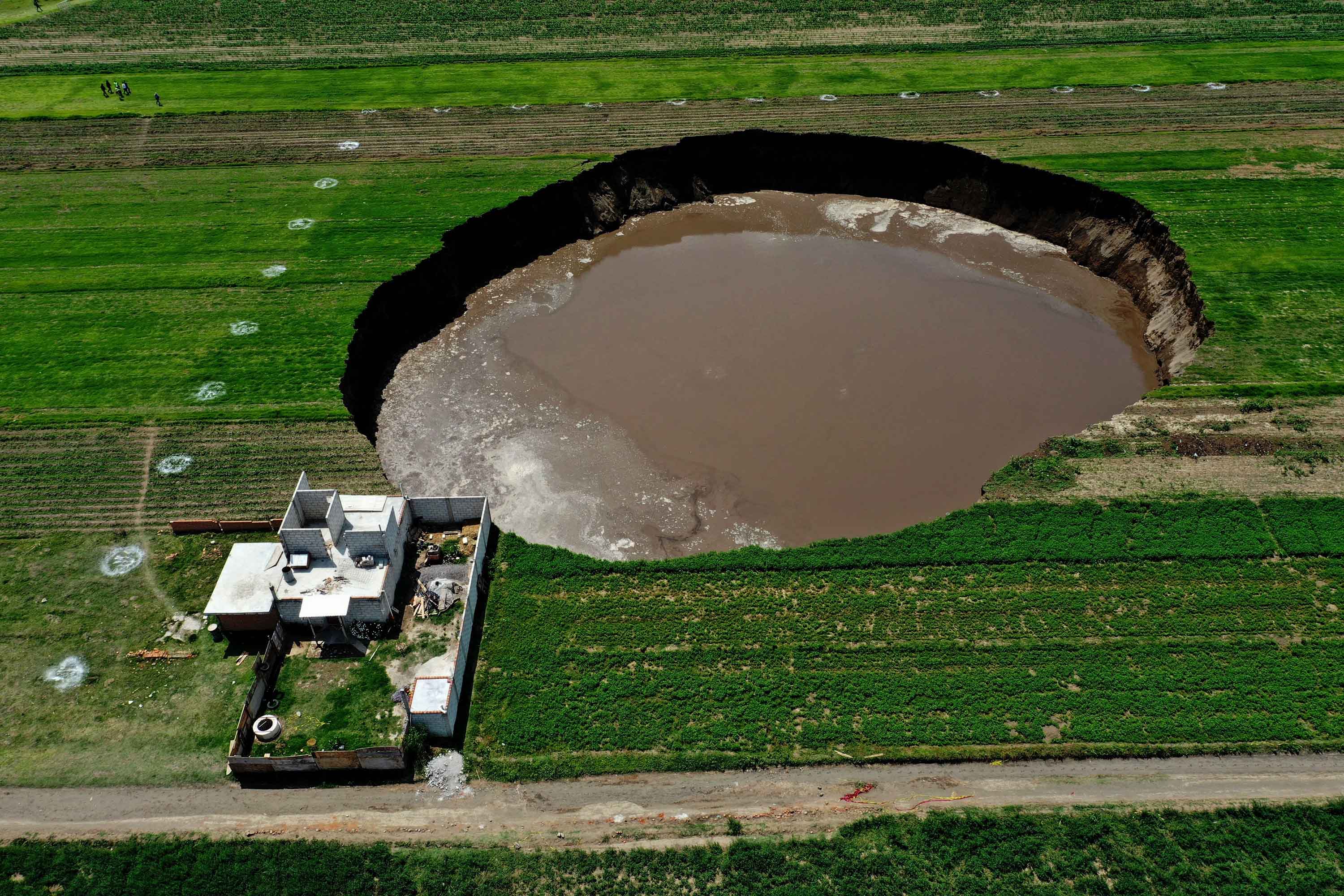