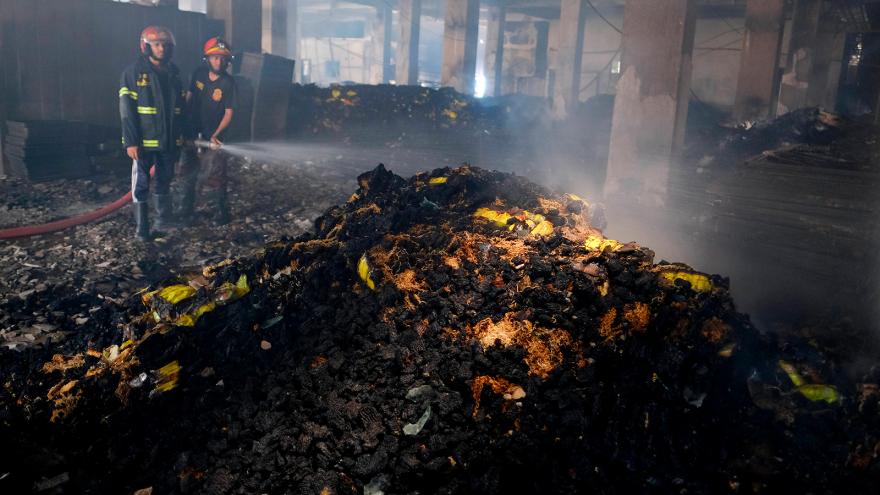 (CNN) -- At least 52 people were killed when a massive fire ripped through a juice factory in Bangladesh, officials said Friday.

The fire started Thursday afternoon on the ground floor of a six-story Hashem Foods Ltd. factory in Rupganj, east of the capital Dhaka, Debashis Bardhan, deputy director of the fire service and civil defense said.

The presence of chemicals and flammable substances like polythene and clarified butter contributed to the blaze in the factory, and made it more difficult to bring under control, the state-run Bangladesh Sangbad Sangstha news agency reported.

Three people died when they jumped off the roof on Thursday after suffering burns from the blaze, BSS reported, citing Abdul Al Arifin, the Narayanganj district deputy director of the fire service and civil defense. Almost none of the bodies recovered on Friday could be recognized, BSS reported, citing fire service and civil defense director Lieutenant Colonel Zillur Rahman.

Twenty-five people were rescued from the building, officials said. At least 50 people, mostly factory workers and employees, were injured in the fire.

The fire was brought under control by Friday afternoon, BSS reported, and relatives of missing workers were staging demonstrations outside and around the factory premises.