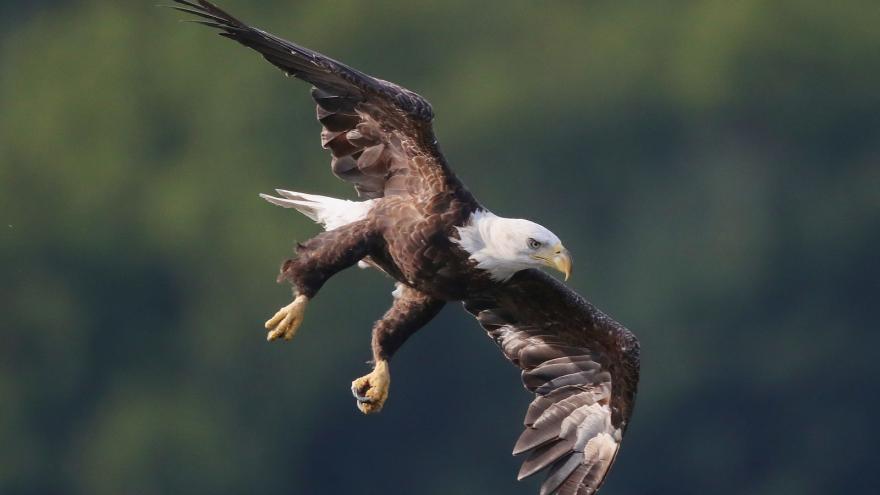 (CNN) -- Once on the endangered species list, bald eagles are flourishing in Massachusetts.

The Massachusetts Division of Fisheries and Wildlife (MFW) said in a post on their website this week that there's been a "dramatic uptick" in eagle nests this year -- more than 70 active nests were spotted this spring.

That includes the first bald eagle nest with eggs on Cape Cod in 115 years, and the first-ever documented case of eagles nesting on nearby Martha's Vineyard. The Cape saw its last nest in Sandwich back in 1905.

Bald eagles recently improved from threatened to special concern on the Massachusetts Endangered Species Act list due to successful conservation measures, MFW said, after conducting an eagle reintroduction program in the 1980s that has led to an uptick in the population of bald eagles in Massachusetts and the New England area.

While bald eagles are no longer on the endangered species list, they are still protected under multiple federal laws, including the Bald and Golden Eagle Protection Act and the Migratory Bird Treaty Act.