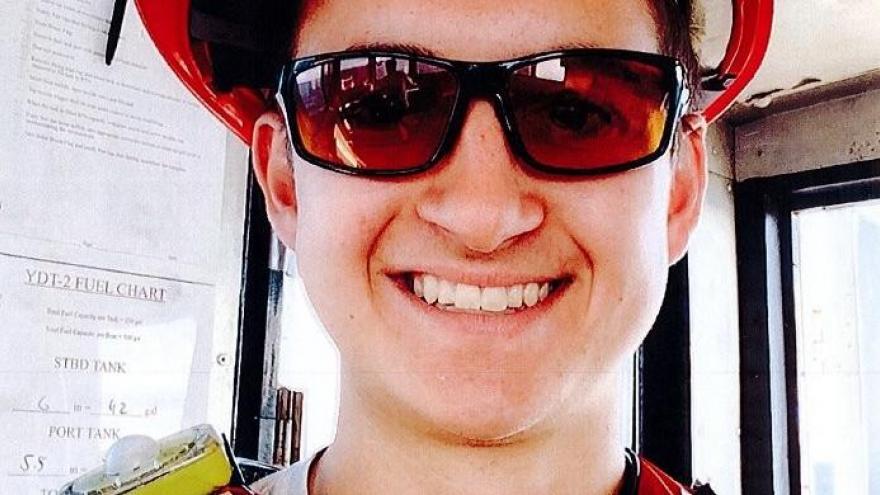 Lawmakers in Massachusetts are set to debate "Conrad's Law," a bill spurred by Michelle Carter's manslaughter trial that would make coerced suicide a crime. The proposed law is named after Conrad Roy III, the 18-year-old who died by suicide in 2014 after Carter, his then-17-year-old girlfriend, sent him numerous text messages encouraging him to kill himself.

(CNN) -- Lawmakers in Massachusetts are set to debate "Conrad's Law," a bill spurred by Michelle Carter's manslaughter trial that would make coerced suicide a crime.

The proposed law is named after Conrad Roy III, the 18-year-old who died by suicide in 2014 after Carter, his then-17-year-old girlfriend, sent him numerous text messages encouraging him to kill himself.

Carter also listened on the phone to his final breaths and did not tell authorities or his family that he had died, prosecutors argued in court. She was found guilty of involuntary manslaughter in 2017, and began serving a 15-month sentence in February.

The case raised complicated legal questions about whether her speech could be considered a form of manslaughter. An appeals court upheld the conviction, but her lawyers have appealed the case to the Supreme Court. Her defense attorneys have argued that the conviction violates her free speech rights and that she did not cause his death -- he did it on his own.

In an attempt to avoid that legal gray area, state Sen. Barry R. Finegold and Rep. Natalie Higgins introduced a bill codifying coerced suicide as a separate crime, punishable by up to five years in prison.

The bill would make it a crime if someone knows about another person's "propensity for suicidal ideation" and then "intentionally coerces or encourages that person to commit or attempt to commit suicide."

The bill also criminalizes the actions of anyone who "provides the physical means, or knowledge of such means" to another person for the purpose of enabling them to die by suicide. The measure has an exception for medical treatment and physicians.

"'Conrad's Law' has nothing to do with seeking justice for my son," Conrad's mother, Lynn Roy, said in a statement. "This law has everything to do with preventing this from happening again to others who are struggling with mental illness and suicidal ideation. If this law is successful in saving one life, then all of this work will be clearly worth it."

She testified in support of the proposed law at a Tuesday hearing. Afterward, she told reporters, "This is the only way that I can honor him, is being there for others, making a difference in other people's lives, helping."

The law's pros and cons

The bill has already won praise from The Boston Globe's editorial board, which wrote that it would "set out clearly what suicide coercion is -- and, just as important, what it's not."

Finegold said a recent case emphasized how badly the law is needed. Two weeks ago, prosecutors in Boston announced an involuntary manslaughter charge against the girlfriend of a Boston College student who died by suicide earlier this year.

Authorities said Inyoung You, 21, was abusive toward her boyfriend during their relationship and repeatedly told him to kill himself and die. You is now in her native South Korea and CNN has not been able to reach her or her counsel for comment.

"If passed, this bill would create a narrowly tailored law that fits the crime we have now seen in multiple cases involving our young people," Finegold said on Facebook. "That way, district attorneys wouldn't have to overcharge with a crime that carries a 20-year maximum sentence, while at the same time sending a strong message to those who would coerce vulnerable people that it's unacceptable behavior."

However, the ACLU of Massachusetts has been more skeptical. In 2017, after Michelle Carter's conviction, the organization said that the manslaughter conviction violated her free speech protections.

"The implications of this conviction go far beyond the tragic circumstances of Mr. Roy's death. If allowed to stand, Ms. Carter's conviction could chill important and worthwhile end-of-life discussions between loved ones across the Commonwealth," the ACLU of Massachusetts said.

The US suicide rate has been on a decades-long increase and was 33% higher in 2017 than it was in 1999, according to the Centers for Disease Control and Prevention's National Center for Health Statistics. The suicide rate for young people has climbed to its highest point since 2000, and the increase was particularly notable for young men.