UPDATE: 3 dead, including gunman, in shooting at video game tournament in Jacksonville, Florida 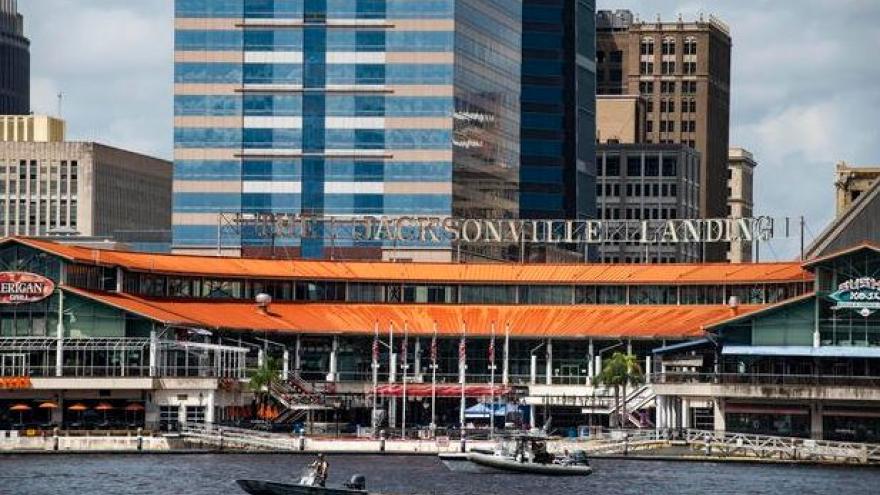 JACKSONVILLE, Fla. (AP) — The Jacksonville sheriff says three people were killed, including the gunman, during a mass shooting at a video game tournament at a north Florida mall.

Sheriff Mike Williams said Sunday evening he believed the shooter is 24-year-old David Katz of Baltimore. He said the FBI was searching the man's home as part of the investigation.

Williams said nine other people were wounded by gunfire and are in stable condition and two others were hurt while fleeing the shots. He says the suspect died from a self-inflicted gunshot.

William said Katz committed the shooting with a single handgun. He said Katz was in Jacksonville for the "Madden NFL 19" video game tournament. The games maker, EA Sports, lists a David Katz as a 2017 championship winner.

JACKSONVILLE, Fla. (AP) — A gunman opened fire Sunday at an online video game tournament that was being livestreamed from a Florida mall, killing multiple people and sending many others to hospitals, authorities said.

Sheriff's officers did not immediately confirm the number of dead at the Jacksonville Landing, a collection of restaurants and shops along the St. Johns River.

But an official close to the investigation said the shooting left four people dead and that the gunman died from a self-inflicted gunshot wound. It was not clear if the official included the suspect in the death toll.

The official spoke on the condition of anonymity because the person was not authorized to release information.

Sheriff Mike Williams said authorities had yet to identify the suspect who attacked the video football tournament, which featured the game "Madden NFL 19." The competition was held in a gaming bar that shares space with a pizzeria. Viewers could watch the games online and see the players.

Investigators were looking into online video that appeared to capture the scene right before the shooting began, Williams said.

A red dot that appears to be a laser pointer is visible on the chest of a player seconds before the first of a dozen gunshots rings out.

Jason Lake, the founder and CEO of compLexity, a company that owns professional e-sports teams, said on Twitter that one of his players, 19-year-old Drini Gjoka, was shot in the thumb.

Gjoka tweeted: "The tourney just got shot up. Im leavinng and never coming back." Then: "I am literally so lucky. The bullet hit my thumb. Worst day of my life."

The sheriff's office used Twitter and Facebook to warn people to stay far away and to ask anyone who was hiding to call 911.

"We are finding many people hiding in locked areas at The Landing. We ask you to stay calm, stay where you are hiding. SWAT is doing a methodical search inside The Landing. We will get to you. Please don't come running out," the sheriff's office said via Twitter.

The sheriff's office did not provide any other information.

Police barricaded a three-block radius around the mall. Officers and Coast Guard boats patrolled the nearby river. Many ambulances could be seen in the area, but the mall area appeared empty of all but law enforcement. Police also took up positions on a bridge overlooking the river.

White House spokeswoman Sarah Huckabee Sanders said President Donald Trump had been briefed on the attack and the White House was monitoring the situation.

The Jacksonville Landing, in the heart of the city's downtown, also hosts concerts and other entertainment. It was the site of a Donald Trump rally in 2015, early in his campaign for the White House.

(CNN/CBS58) -- Florida authorities are reporting multiple people dead, including a suspect after a mass shooting at a downtown marketplace in Jacksonville on Sunday.

The Jacksonville Sheriff's Office also said many have been taken to area hospitals.

Multiple fatalities at the scene, many transported. #TheLandingMassShootinghttps://t.co/qBJvkaO7xT

Authorities say it's unknown whether they have a second suspect and that searches are being conducted.

One suspect is dead at the scene, unknown at this time if we have a second suspect. Searches are being conducted. https://t.co/qBJvkaO7xT

Law enforcement urged those hiding in locked areas to remain calm, to stay put, and to call 911 so Florida authorities could find them.

We are finding many people hiding in locked areas at The Landing. We ask you to stay calm, stay where you are hiding. SWAT is doing a methodical search inside The Landing. We will get to you. Please don’t come running out. #TheLandingMassShootinghttps://t.co/qBJvkaO7xT

Sunday afternoon the Jacksonville Sheriff's Office tweeted: "Mass shooting at the Jacksonville Landing. Stay far away from the area. The area is not safe at this time. STAY AWAY #TheLandingMassShooting."

The shooting occurred during the Madden 19 Tournament at the GLHF Game Bar, according to the Twitter of CompLexity Gaming, one of the event organizers. One Madden participant, Young Drini, was grazed in the hand and is away from the scene and safe, Complexity said.

On an online stream of the Madden event posted to the website Twitch, several loud gunshots can be heard and the game abruptly stops.