Mass shooting: 9 shot, 2 fatally, at State and Chicago on Near North Side, CPD says 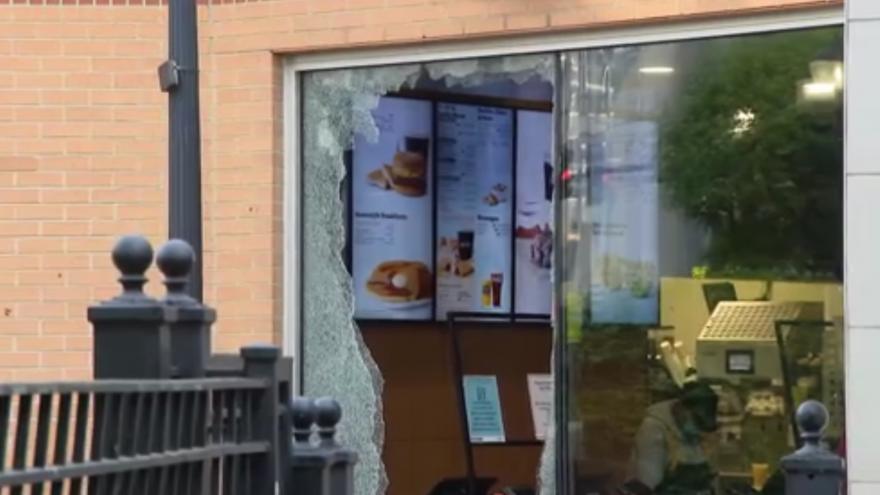 CHICAGO (WLS) -- Nine people were shot, two fatally, in a shooting outside a McDonald's on the Near North Side Thursday night in what Mayor Lori Lightfoot called an "outrageous act of violence."

Chicago Police Superintendent David Brown said two groups of people were fighting in the area of the 800-block of North State Street at about 10:41 p.m. when someone in the crowd began firing shots.

The shooter then fled down to the CTA subway platform and members of the shooter's group fled with him, police said.

Police chased the suspect and arrested him in the subway station and a gun was recovered. Brown said they are working with the Cook County State's Attorney's Office on charges.

Paramedics rushed in to help and treated people right on the street. Many fights were breaking out at the time, with officers trying to break them up.

"We walked across the street to the store and next thing we know, people started shooting and everybody just got hit," Deonna Jackson, witness said. "My first instict was just run because I have been hit before."

The Chicago Fire Department said one man was taken to Northwestern Memorial Hospital and another to Stroger Hospital. Both were pronounced dead at the hospital. Authorities have not released information on their identities.

Information on the other gunshot victims was not immediately available.

A woman who was with the group that went down into the station came into contact with the third rail. She was transported to a hospital in stable condition.

Brown said a pod camera in the area captured the shooting and one person was arrested for obstructing officers on the CTA platform.

Brown said a person was seen on video handing the shooter a gun and they are working to identify that person.

Superintendent Brown said a fixed post would be added to the area as well as another fixed post in the subway station.

Mayor Lori Lightfoot released a statement on the shooting, saying, "An outrageous act of violence was committed last night in the area of Chicago and State. I have been in frequent contact throughout the early morning hours with Superintendent Brown and his team, as well as President Carter of the Chicago Transit Authority (CTA), and I will continue to monitor developments throughout the day.

"Area residents, commuters, and others simply must have the peace of mind that this highly trafficked area is safe, and it is time for more specific, concrete steps to be taken to address this area once and for all.

"First, I have asked Superintendent Brown to install a fixed post of uniformed officers at the intersection of State and Chicago and a separate fixed post in the Red Line station in the same area.

"Second, I have also engaged the Department of Business Affairs and Consumer Protection to determine what if any additional measures need to be taken to address long-standing concerns along that block. That work has already begun.

"Lastly, I have asked the Chicago Police Department (CPD) and CTA to continue to work together to have our CPD Public Transportation Section with visible patrols of stations, platforms, and trains 24 hours a day, seven days a week.

"Most importantly, it is simply awful, and unacceptable that once again, another tragedy occurs because firearms are in the hands of people who simply do not care about themselves or the value of another's life. Our police department is hard at work to make sure those responsible for last night's incident are held accountable, for the safety and well-being of us all."

Further information on the circumstances of the shooting were not immediately available.