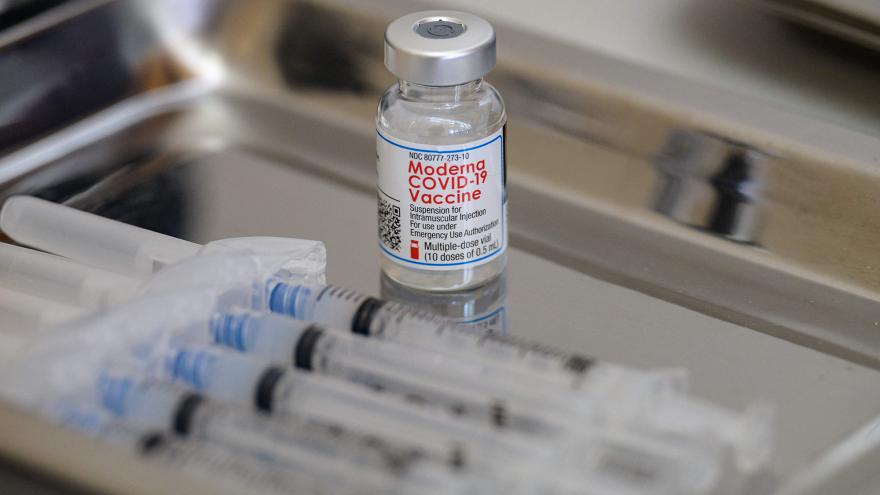 (CNN) -- A Maryland man is awaiting sentencing for his role in connection with a scheme to sell Covid-19 vaccines.

Oluwalade and two other men were charged with creating a fake website that had "the logo, markings, colors and texts" of the Moderna pharmaceutical company's website, the news release said.

The fake website offered buyers the opportunity to purchase the vaccine "ahead of time," the release stated. Covid-19 vaccines are free, according to the CDC.

The scheme was uncovered in January after a special agent with Homeland Security Investigations contacted a number listed on the fake website, which investigators determined was linked to a WhatsApp account, according to an unsealed affidavit.

The agent was redirected to an email address listed on the site. After several emails the agent received a purported invoice for 200 doses of the Moderna vaccine at $30 per dose for a total of $6,000 dollars, with payment terms of 50% up front and 50% upon delivery, the affidavit stated.

The agent was allegedly instructed to send payment for the vaccines to a Navy Federal Credit Union account, which authorities later identified as belonging to one of the co-conspirators in the scheme.

According to his guilty plea, Oluwalade admits to conspiring with others to obtain access to a bank account for use in the fraud scheme.

Oluwalade stated that he knew the bank account would be used for a fraud scheme, but was not aware of the specifics of the scheme. The scheme called for Oluwalade to be compensated for his role in obtaining bank accounts for use in the scheme.

Oluwalade faces up to 20 years in prison for the wire fraud conspiracy.