Maryland has received 'hundreds of calls' about the effectiveness of ingesting disinfectants to treat coronavirus, governor says 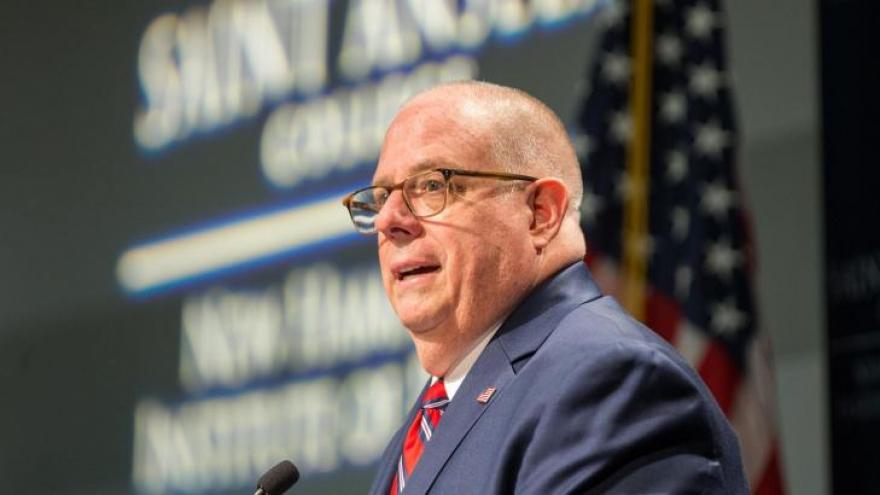 Maryland Governor Larry Hogan speaks at the New Hampshire Institute of Politics as he mulls a Presidential run on April 23, 2019 in Manchester, New Hampshire.

(CNN) -- Maryland Gov. Larry Hogan said Sunday that his state has received "hundreds of calls" from residents asking about the effectiveness of ingesting disinfectants to treat coronavirus after President Donald Trump dangerously suggested that it could be a possible treatment for the deadly virus.

"We had hundreds of calls in our hotline here in Maryland about people asking about injecting or ingesting these disinfectants, which is, you know, hard to imagine that people thought that that was serious. But what people actually were thinking about this, was this something you could do to protect yourself?" Hogan, a Republican, said in an interview on CBS.

Trump suggested during a White House coronavirus briefing on Thursday that ingesting disinfectants could possibly be used to treat people who have the virus, prompting cleaning product companies and state health officials to issue warnings about the dangers of doing so. The President also suggested sunlight might be a treatment.

Hogan, who has sparred with Trump at times during the crisis, said Sunday it's "always critically important ... for a leader to put out the facts and to be as open and honest and transparent as possible."

"And I think it's critical that the President of the United States, when people are really scared and in the middle of this worldwide pandemic, that in these press conferences that we really get the facts out there," he said. "And unfortunately, some of the messaging has not been great."

The comments from Hogan come even as some Republicans and administration officials downplayed the President's suggestion, with Sen. Bill Cassidy, a Louisiana Republican who is also a doctor, casting doubt earlier Sunday on whether people would actually inject themselves with disinfectants.

"The President speaks in such a way, people are not going to inject themselves. And when I hear this kind of conversation around that, I think to myself, we should be talking about how do we use data to guide where we can reopen the economy, not about what the President said on Lysol because really no one is going to inject themselves with Lysol," Cassidy told CNN's John King on "Inside Politics."

Asked by CNN's Jake Tapper what the American people should know about disinfectants and the human body, Birx instead defended the President's tendency to muse aloud about his ideas as he processes new information and suggested that the media had missed the point of the White House presentation.