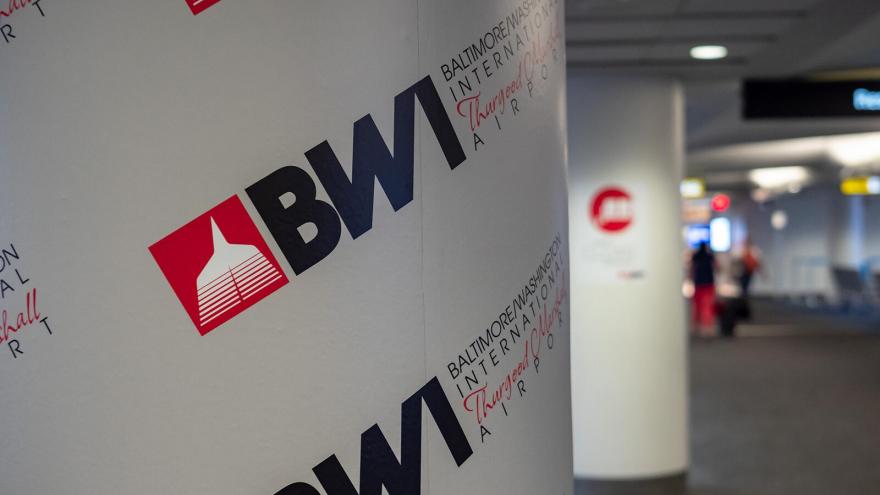 Maryland authorities raced to find and stop a child positive for Covid-19 from boarding a flight.

(CNN) -- A child who had tested positive for Covid-19 was stopped from boarding a plane just in the nick of time, thanks to the coordinated effort of law enforcement and health officers who pulled off the feat in "under an hour," a Maryland State Police official said.

Police were informed by a local health officer at 3 p.m. on November 24 that a young boy who was about to board a plane with his family had tested positive for Covid, State Police Sgt. Travis Nelson told CNN.

The health officer told police they had been unable to reach the 9-year-old child's mother. The family was scheduled to depart from Baltimore/Washington International Thurgood Marshall Airport (BWI) in less than two hours.

State Police immediately reached out to the Maryland Transportation Authority (MTA) police -- the primary law enforcement agency at the airport -- and gave them the family's departure time, destination and names, Nelson said.

Within 15 minutes, State Police received a legal isolation and quarantine order from the health officer and got the two documents into the hands of officers at the airport.

It took airport authorities about half an hour to locate the family, and by 3:45, they were able to get the mother on the phone with health officials.

It all happened in "under an hour," Nelson said. "Never got on the plane, no significant exposure there or anything like that."

The family was sent home with the isolation order for the boy and a quarantine order for his mother, due to her direct exposure, Nelson added. The family has not been identified and it is unclear when or why they were tested for the virus.

The stop was a good demonstration of the state's coordination system at work, Nelson said, and is a testament to the trust that's been built across the state over this year, to the point where a local health department can get crucial information across the state in just a matter of minutes.

The speedy effort took place as millions of people embarked on Thanksgiving travels last week, despite a warning from the US Centers for Disease Control and Prevention urging against doing so. On Sunday after Thanksgiving, Transportation Security Administration officers screened more than 1.1 million people, according to a TSA spokeswoman -- the highest number since mid-March.