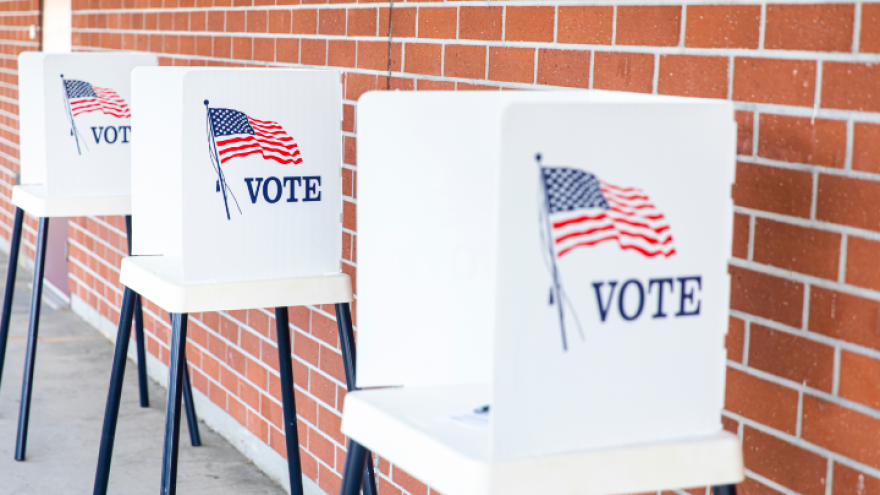 (CNN) -- Democrat Mary Peltola is set to make history as the first Alaska Native in Congress -- while thwarting the attempted political comeback of former Gov. Sarah Palin -- by winning a special House election, according to unofficial ranked-choice voting results released Wednesday by the state Division of Elections.

Her unlikely bid for the House was unique to Alaska, where political relationships span decades and voters who have elected independents and write-in candidates to major offices have what Peltola calls a "libertarian bent" that at times defies the partisan label the state has earned by voting consistently for Republican presidential candidates.

She has a warm relationship with Palin, who once gave her family's backyard trampoline to Peltola's family, and she once spent Thanksgiving with the late Rep. Don Young, an old teaching colleague and hunting buddy of her father's whose former seat she and Palin sought to fill for the remainder of 2022. Young died in March after representing Alaska in the House for 49 years.

Despite Peltola's victory on Wednesday, she and Palin will face off again in November to fill the state's lone House seat for the next full term.

Peltola, who turned 49 on Wednesday, is the daughter of a Yup'ik mother and a Nebraskan father who had moved north to teach school and later became a bush pilot.

She had spent a decade in Alaska's House of Representatives, from 1999 to 2009, where she chaired the bipartisan "bush" caucus of rural lawmakers and overlapped with Palin, her leading opponent in the special congressional race, who was governor from late 2006 through mid-2009. Peltola later became a Bethel City Council member, a lobbyist and a salmon advocate as the executive director of the Kuskokwim River Inter-Tribal Fish Commission.

The Yup'ik people, she said in an interview with CNN on Wednesday ahead of the ranked choice tabulation, are "holistic" thinkers.

"Everything is interconnected," Peltola said. "When we talk about community wellness, we talk about the entire community. I do think of things in very broad terms, and I do recognize that in Alaska, even though we have a huge footprint, we are a very small in numbers population, and we are all related."

She's now set to fill the remaining months of the term started by Young -- who, before becoming the longest-serving Republican congressman in US history, was a close friend of her father.

The two were both teachers in Fort Yukon -- Peltola's father taught 8th grade while Young taught 4th grade -- and were hunting buddies. Once, in the 1960s, Peltola said, the two men bought a bulldozer together and took 12-hour shifts fighting a wildfire.

Each time Young saw Peltola, he told her to razz her father with a story about him not bringing the antlers back from a moose hunting trip.

After a strong commercial fishing year, Peltola's father sent her to a private boarding school near Allentown, Pennsylvania, for her sophomore year of high school. Her family couldn't afford flights home for both Thanksgiving and Christmas, she said, so her father called his old friend Young and asked if Peltola could spend Thanksgiving with his family in the Washington, DC, area.

She visited with Young's family and heard the story of the recent engagement of Dawn Young, one of the congressman's two daughters. The holiday, she said, was when she began to understand Young in a context beyond his friendship with her father.

"I realized at that time how significant Don's position was," Peltola said.

Colleagues before they were rivals

Peltola also has what she describes as a warm relationship with Palin. The two were expectant mothers working at the statehouse in Juneau at the same time. When Palin left Juneau in 2009, she and her then-husband Todd gave their backyard trampoline to Peltola's family.

The two had lost touch, but Peltola said one of the highlights of her run for Congress has been reconnecting with Palin and other former colleagues.

"I love it when Sarah and I are at the same forum. Every time I see her, I give her a hug. I'm always happy to see Sarah," she said.

Because of the small population and interconnected nature of Alaska politics, Peltola said, she views Palin and the third-place finisher in the race, Republican Nick Begich III, as "people I'm going to be working with for the rest of my life, whether I win the race or not."

"I feel camaraderie and a sense of fraternity with both Nick and Sarah," the Democrat said.

Peltola campaigned as a fishing advocate, a supporter of labor rights and a proponent of abortion rights.

She said the Supreme Court's decision to overturn Roe v. Wade is at odds with Alaska's political instincts.

"We are very much covetous of our freedoms and our privacy," she said.

She also pointed to a dark history of Alaska Native women being the target of forced sterilizations into the mid-20th century.

Peltola was little-known when, in April, she entered the special election.

She was the fourth-place finisher in June's "open" primary, in which Alaska narrowed a field of 48 candidates from all parties down to a final four who advanced to an August special election: Peltola; Palin; Begich, a Republican member of the state's most famous Democratic political family; and independent Al Gross, who had been backed by Democrats in a Senate race less than two years earlier.

When Gross dropped out of the contest shortly after the primary, it created an opening in a state where President Joe Biden had won 42% of the vote in 2020. Peltola could consolidate all of the Democratic votes, while Palin and Begich jockeyed for Republicans' support.

Peltola finished the August 16 special election as the leading vote-getter with 40% support to Palin's 31% and Begich's 28%.

But because no one secured a majority of the vote, the state's new ranked-choice voting process was triggered.

Under the system, which was used for the first time in the state, the last-place finisher is eliminated and votes are reallocated to voters' next available choice until one candidate exceeds 50% of the vote.

Peltola, Palin and Begich are all set to square off again in November. All three qualified for another ranked-choice showdown to win Alaska's lone at-large House seat for a full term.

This story has been updated with Peltola winning the special election.