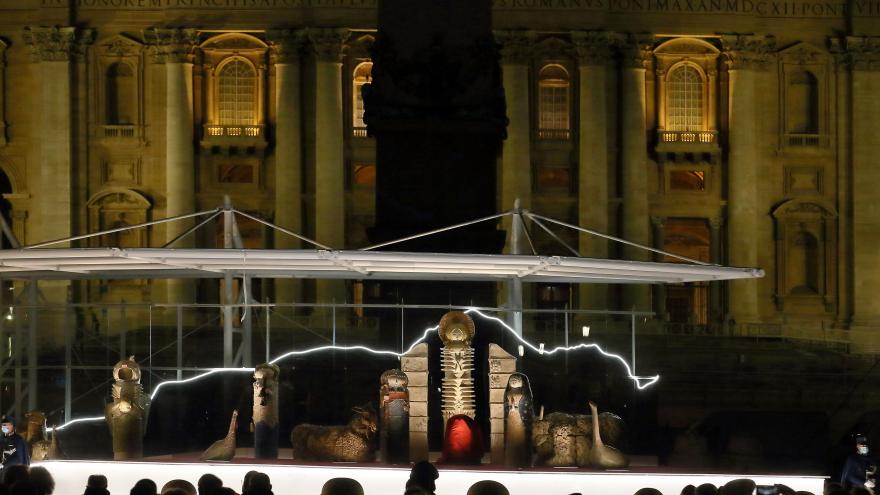 (CNN) -- Jesus, Mary and Joseph don't normally appear alongside astronauts or Darth Vader-like figures, but the Vatican has upset some Catholics by bringing them together in its latest nativity scene.

Pope Francis inaugurated the scene, which features a number of life-sized ceramic figures, on Friday, but many people have expressed their disapproval of its unusual appearance. 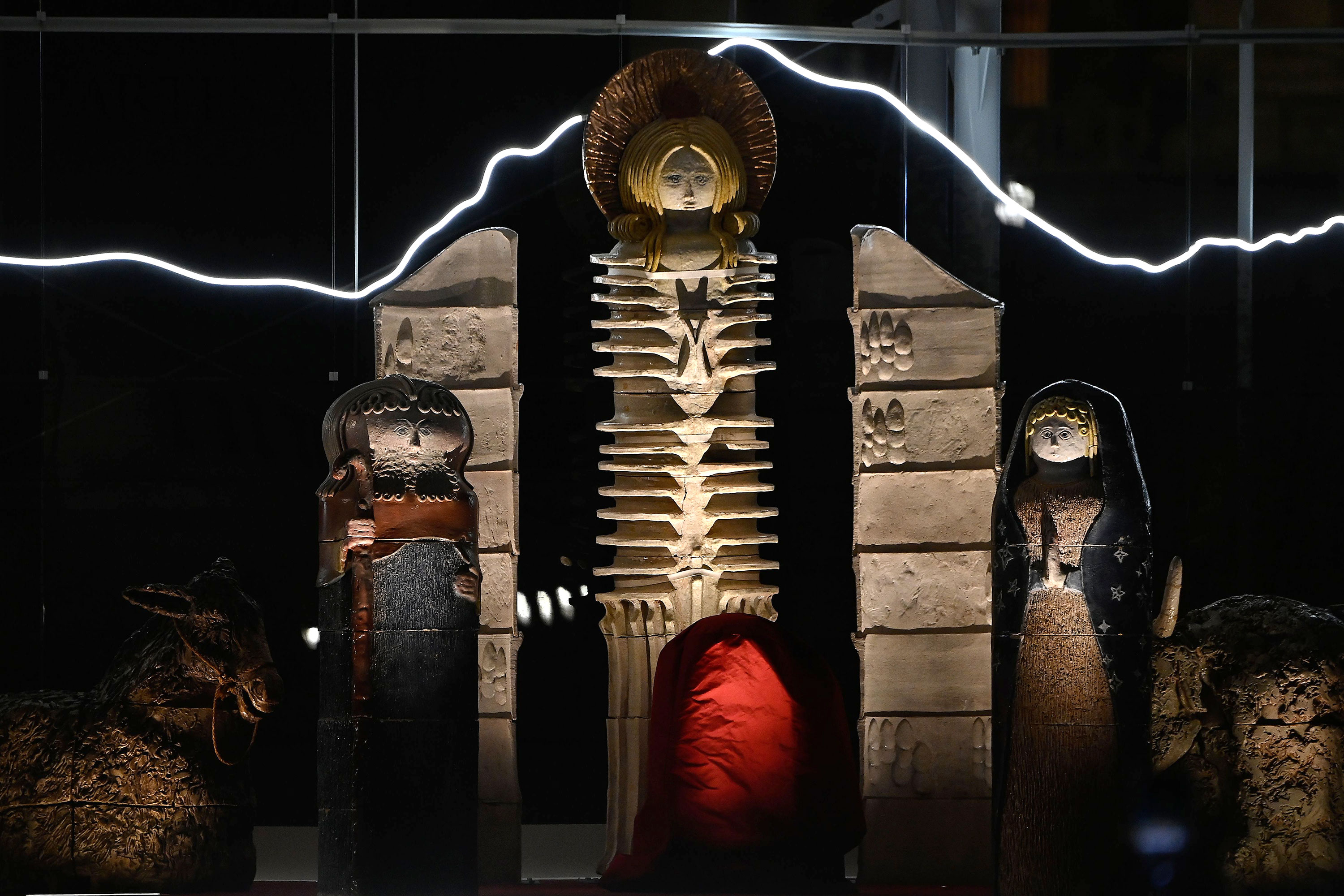 Meanwhile, art historian Elizabeth Lev said the scene had caused "a universal outpouring of mockery" in an interview with Jesuit publication America Magazine.

"The Catholic Church has an incredible tradition of beauty, and yet, after a year of difficulty, we've put up something that makes people mock Jesus," added Lev. 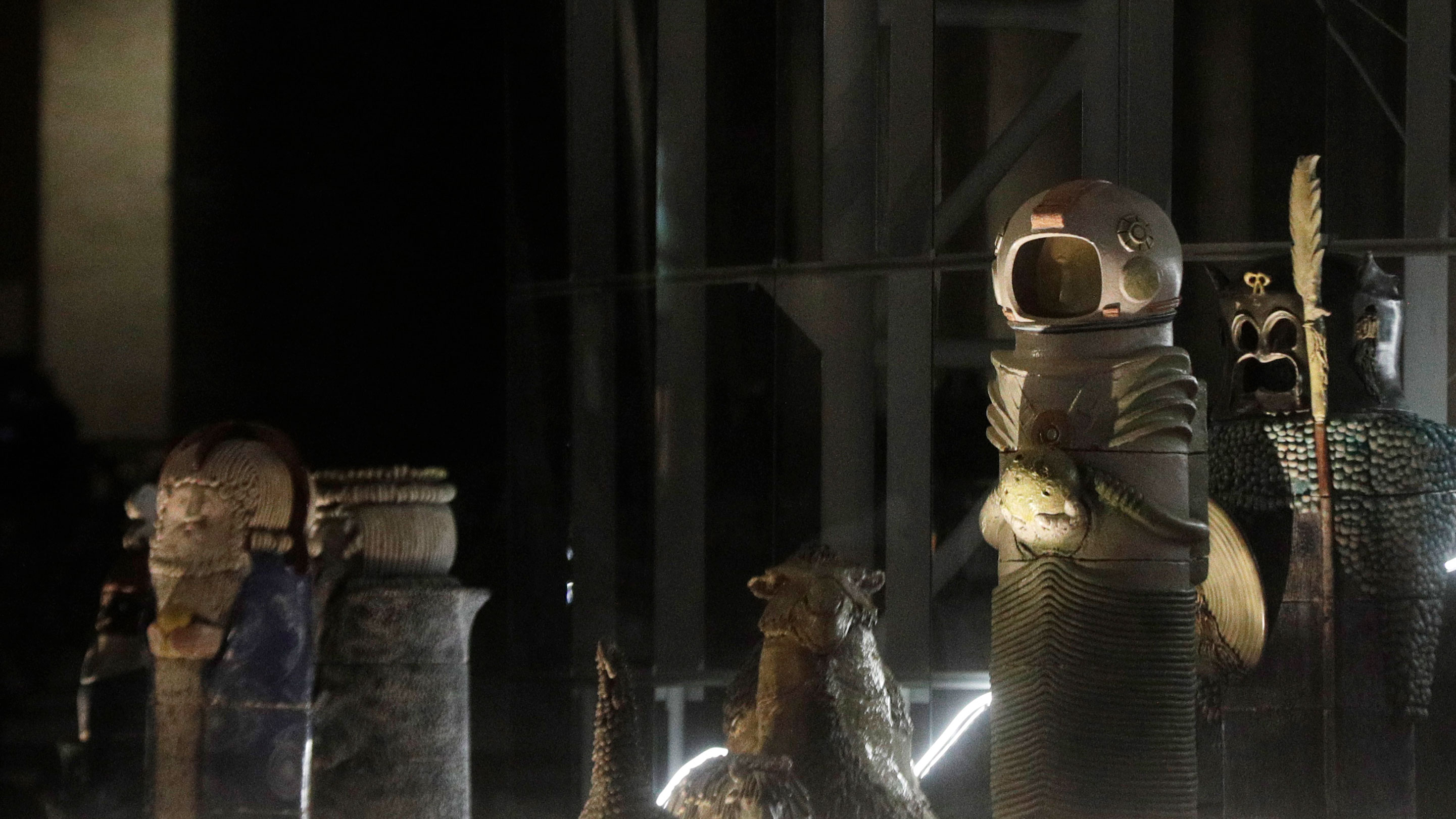 Each year the Vatican puts up a different nativity scene in St Peter's Square. It's usually a major draw for tourists.

This year's sculptures are part of a collection made by students and teachers at an art school in Castelli, a town in Italy's Abruzzo region known for its ceramics, from 1965 to 1975, reports Vatican News.

"The feast of the Nativity reminds us that Jesus is our peace, our joy, our strength, our comfort," said Pope Francis during an address to attendees at the inauguration Friday.

"But, to receive these gifts of grace, it is necessary to feel small, poor and humble like the figures in the Nativity."

But not everyone was disappointed with this year's scene.

Tommy Tighe, author of "The Catholic Hipster Handbook," praised the display on Twitter.

"You can't be like 'one reason catholicism rules is because it's weird' and then not love the vatican nativity scene ESPECIALLY THE ASTRONAUT," he wrote.

And Lino Rulli, host of "The Catholic Guy Show" on radio, was even more effusive.

"I don't know what I love more: the spaceman or the guy from the Star Wars Cantina," tweeted Rulli. "I really want a small one for our home."

However, it is not the first year the Vatican has opted for an unconventional scene.

In 2018, the nativity was sculpted from more than 700 tons of sand to create the 16-meter wide and 5-meter tall nativity sculpture, which covered 25 square meters.