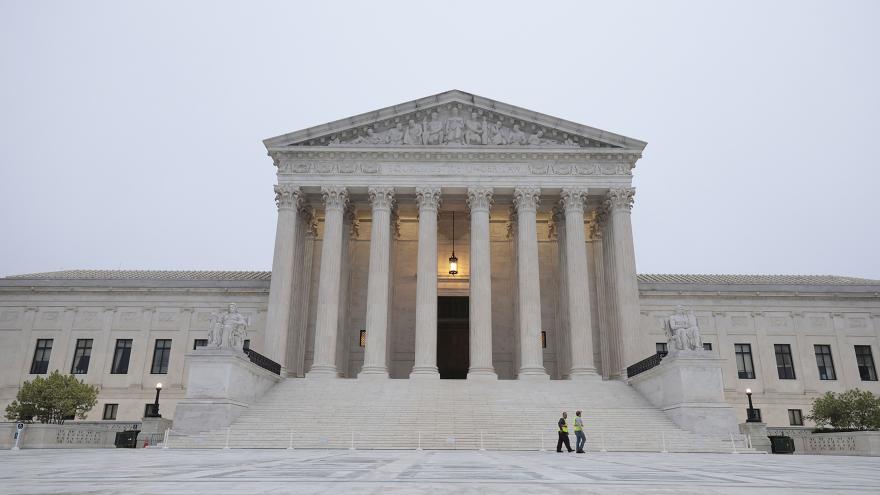 (CNN) -- The marshal of the Supreme Court is asking Maryland officials to direct law enforcement to enforce the state's laws prohibiting picketing outside the homes of Supreme Court justices, according to letters sent to Gov. Larry Hogan and Mark Elrich, the county executive of Montgomery County.

"You recently stated that you were 'deeply concerned' that 'hundreds of demonstrators have recently chosen to picket Supreme Court Justices at their homes in...Maryland," the letter to Hogan by Col. Gail A Curley said. "Since then, protest activity at the Justices' homes, as well as threatening activity, has only increased."

The letters, dated Friday and released by a court spokesperson on Saturday to reporters, refer to protests that have taken place "for weeks on end."

They cite the arrest near Justice Brett Kavanaugh's home in June of a man who was later charged by the Justice Department with attempting or threatening to kidnap or murder a US judge. Several Supreme Court justices live in Maryland.