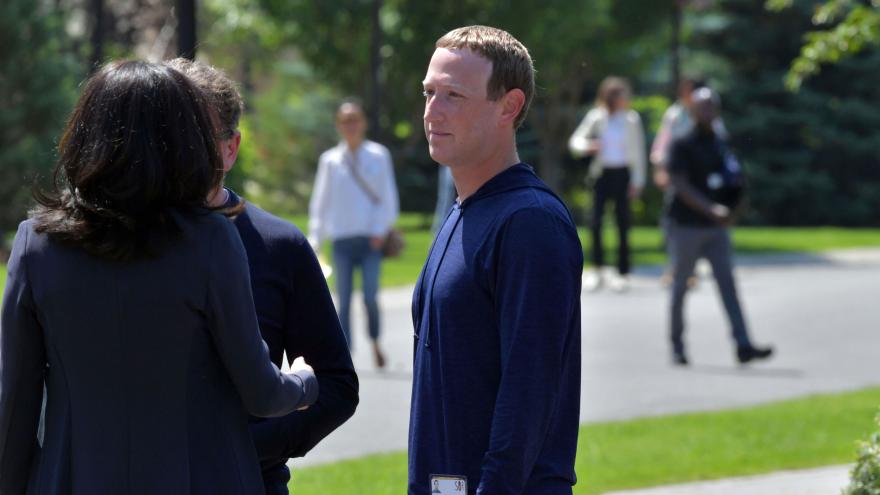 (CNN) -- The historic collapse in Meta's shares this week has wiped $31 billion off Mark Zuckerberg's personal wealth, taking him down three places on Bloomberg's list of the world's richest people.

Meta Platforms, the company formerly known as Facebook, had its worst day ever on the stock market Thursday, after reporting a rare profit decline and stagnant user numbers, and delivering a vague assessment of the company's prospects as it invests heavily in augmented and virtual reality.

"This fully realized vision is still a ways off," Zuckerberg said on a call with analysts. "And although the direction is clear, our path ahead is not yet perfectly defined."

The company's shares closed down more than 26%, shaving nearly $240 billion from its market value.

Zuckerberg, 37, owns more than 398 million Meta shares, or 14.2% of the company, according to an SEC filing from February 2021, the most recent filing available.

Following the crash, the CEO and co-founder is now worth $89.6 billion, just $400 million more than Ambani, who controls Reliance Industries and is Asia's richest man, according to the Bloomberg ranking.

Apart from a disastrous earnings report, Meta revealed for the first time just how much money it's spending on its shift to the metaverse. The company also reported a slight-but-striking decline in daily active Facebook users in the United States and Canada from the prior quarter.

Thursday was a reminder of how huge Meta has become. Its market cap declined by an amount greater than the valuation of most public companies, including Oracle and Cisco. The loss was also nearly as big as Disney's total value.

— Clare Duffy and Julia Horowitz contributed to this report.