Mariupol residents are being forced to go to Russia, city council says 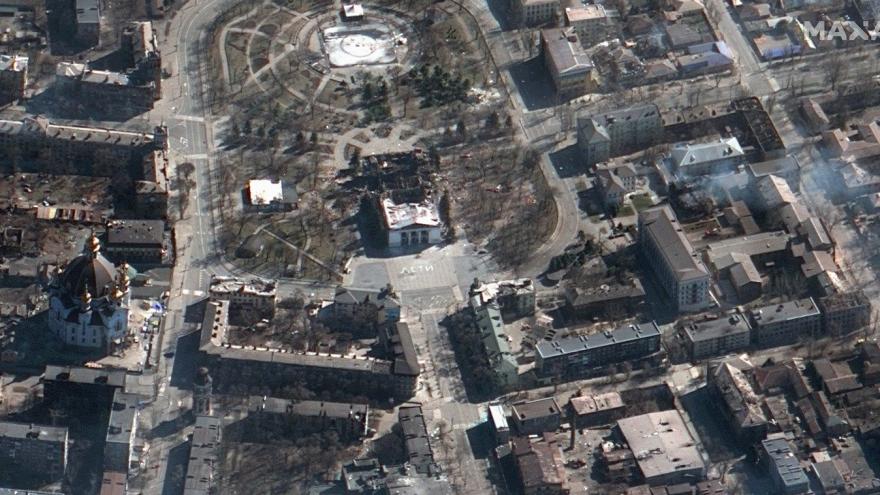 (CNN) -- Residents of the Ukrainian city of Mariupol are being taken to Russia against their will by Russian forces, the Mariupol City Council said Saturday.

"Over the past week, several thousand Mariupol residents have been taken to Russian territory," the city said in a statement. "The occupiers illegally took people from the Livoberezhny district and from the shelter in the sports club building, where more than a thousand people (mostly women and children) were hiding from the constant bombing."

Captured Mariupol residents were taken to camps where Russian forces checked their phones and documents, then redirected some of the residents to remote cities in Russia, the statement said, adding that the "fate of the others is unknown."

"What the occupiers are doing today is familiar to the older generation, who saw the horrific events of World War II, when the Nazis forcibly captured people," Mariupol Mayor Vadym Boichenko said in the statement. "It is hard to imagine that in the 21st century people can be forcibly taken to another country."

Earlier Saturday, a Ukrainian army commander told CNN that people in Mariupol risk their lives each time they emerge from underground bunkers and claimed the strategic port is facing the most intense fighting anywhere in the country.

With Russia's assault in its fourth week, Major Denis Prokopenko, from the National Guard Azov Regiment, told CNN that air and land attacks on the city were now almost relentless.

"Usually, Mariupol is under fire during the whole day and night. Sometimes there (are) 30 minutes of silence, but then the city is again under attack (from) tanks, artillery, multiple rockets, and (aircraft) like bombers and helicopters," he said.

More than 4,100 people, including 1,172 children, were evacuated Saturday from Mariupol to Zaporizhzhia via humanitarian corridors, according to Kyrylo Tymoshenko, a senior official in President Volodymyr Zelensky's office.

Mariupol has been under siege for several weeks and has seen some of the worst attacks in the war since Russia began its invasion of Ukraine in February. These have included deadly strikes on a maternity ward and the bombing of a theater, the losses from which are still unknown as the rescue operation continues.

The city lies on a stretch of coast connecting the eastern region of Donbas with the Crimea peninsula, both of which have been under Russian control since 2014. Russian forces appear to be trying to take full control of the area to create a land corridor between the two regions, squeezing Mariupol with brutal military force.

Prokopenko said people in the city were now reluctant to leave their underground shelters even to get hold of essentials, meaning they were trying to drink less water and eat less food, only emerging to prepare hot meals.

"People are cooking food in the streets, risking their lives under the continuous shelling and bombing," the military commander said. "The temperature is minus 5 degrees Celsius in the street."

Basic services like gas, electricity and water, are all out in the city. Bodies are being left in the street because there is either no one left to collect them, or it is simply too dangerous to try.

Prokopenko said no one knew the exact number of people killed. "Some people are buried under ruined buildings, buried alive," he said.

Information about a huge attack three days ago on a theater in Mariupol being used as a shelter has been slow to emerge.

The building, which also acted as the city's main humanitarian assembly station, was providing a temporary home to 800 to 1,300 people when it was hit, according to local officials.

Still clearly visible in the picture is the Russian word for "children" painted in large letters on the ground in front of the entrance.

He confirmed earlier reports that sustained Russian artillery fire made attempts to get survivors out of the building very difficult.

Communications in the besieged city have been difficult for days and rescue work has been hampered by the danger of near-continuous shelling, according to reports from inside the city.

Initial reports suggested many survivors had to dig themselves out of the rubble. Figures released by several Ukrainian leaders, including President Volodymyr Zelensky, say 130 people have been rescued, among them one person with serious injuries.

Zelensky thanked Franceschini on Twitter Wednesday saying that Italy "set a good example to follow. Together we will rebuild the country to the last brick."