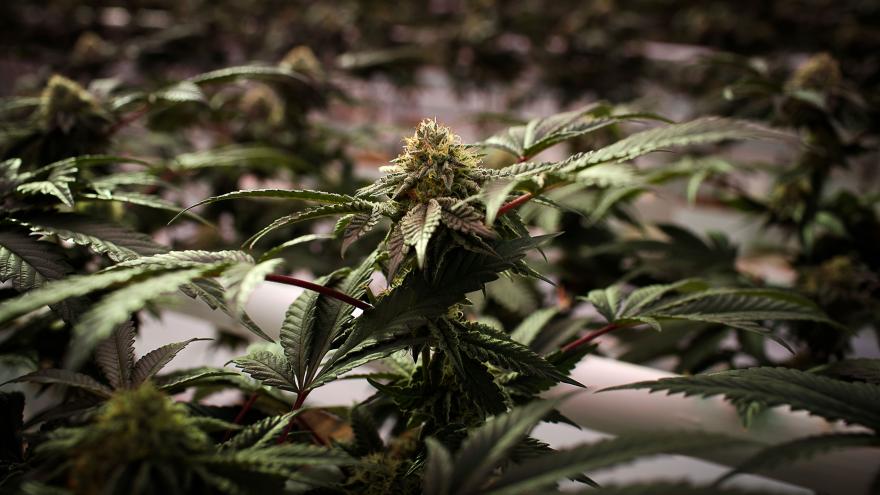 (CNN) -- Heavy use of marijuana by teens and young adults with mood disorders -- such as depression and bipolar disorder -- is linked to an increased risk of self-harm, suicide attempts and death, a new study has found.

Unintentional overdoses, suicide and homicide were the three most frequent causes of death, according to the study published Tuesday in JAMA Pediatrics.

"The perception is that marijuana is safe to use, but we need to educate parents and kids that there are risks involved, particularly with heavy and high potency cannabis use," said study author Cynthia Fontanella, an assistant professor in the department of psychiatry and behavioral healthat the Ohio State University's College of Medicine.

"And clinicians need to intervene to identify and treat cannabis use disorder as well as kids with mood disorders," Fontanella said.

Cannabis use disorder, also known as marijuana use disorder, is associated with dependence on the use of weed. A person is considered dependent on weed when they feel food cravings or a lack of appetite, irritability, restlessness and mood and sleep difficulties after quitting, according to the National Institute on Drug Abuse.

Experts say that number will have grown due to a rise in potency in today's varieties of weed, along with the legalization of recreational marijuana for adults in 15 states and medical use in 36 states.

Studies in adults show a strong association between overuse of weed and suicide attempts and death. A study of adult same-sex twins found those who were dependent on marijuana were nearly three times more likely to attempt suicide than their twin who was not dependent on weed.

Another study of 1,463 suicides and 7,392 natural deaths in the United States found a link between any use of marijuana by adults and suicide risk after adjusting for alcohol use, depression and use of mental health services. And there was an increased risk of suicide for both men and women who were dependent on marijuana, according to a four-year study of 6,445 Danish adults.

The new study used Ohio Medicare data to identify both cannabis use disorder and self-harm attempts and outcomes in youth between the ages of 10 and 24 years old. The study could only show an association between cannabis dependence and negative outcomes, not a direct cause and effect.

Prior studies show children with mood disorders are highly likely to use and abuse marijuana, Fontanella said, partly because they don't like the side effects of many prescribed medications.

"Mood stabilizers and psychotic medications can cause weight gain, say up to 30 or 40 pounds ... stiffness of their neck or eyes ... and it can cause sedation," Fontanella said. "So, they may not use their medication and may self-medicate with cannabis to treat the mood disorders."

It could also be that using weed might contribute to the development of mood disorders, however.

"Research shows cannabis use is associated with early onset of mood disorder, psychosis and anxiety disorders, so it can lead to the onset of severe mental illness," Fontanella said.

At this point, however, science is not sure which comes first, partly because few if any studies have been done in teens and young adults.

"Research suggests that marijuana exposure impacts the brain's ability to process emotion. Could this interact in a deleterious way with the developing brain?" said Dr. Lucien Gonzalez, who chairs the American Academy of Pediatrics committee on substance use and prevention. Gonzalez was not involved in the study.

"It doesn't prove that using cannabis causes depression or self-harm, but also doesn't definitively refute it," said Gonzalez, an assistant professor of psychiatry and behavioral sciences at the University of Minnesota Medical School.

"Complicated associations appear to be found, and we just don't fully understand them yet," Gonzalez said.

While science sorts out the answers, "family-based models and individual approaches such as cognitive behavioral therapy" have been effective in treating youth with marijuana use disorder, Fontanella and her team said. They also called for the rollout ofa national study to further examine the mortality risks for youths and young adults who struggle with overuse of weed.