Mariah Carey is giving away free McDonald's during the holidays 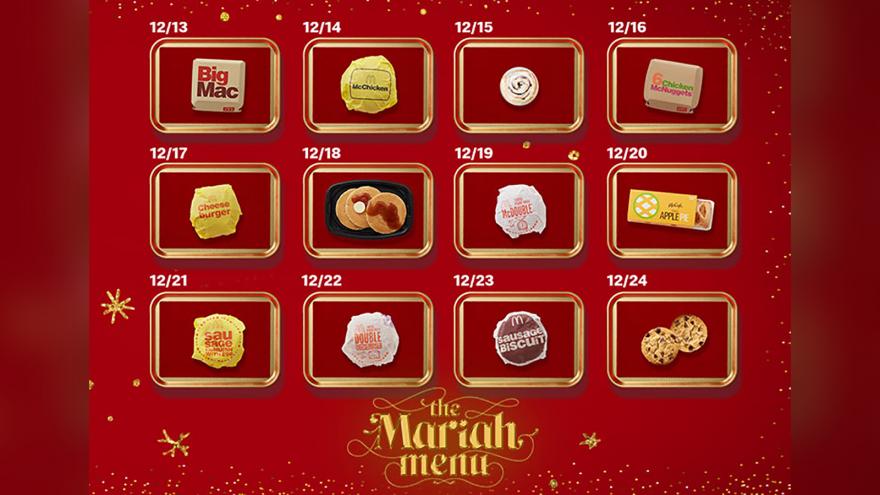 (CNN) -- Mariah Carey, the queen of Christmas, is partnering with McDonald's and giving her fans one of the best gifts of them all: free(-ish) food.

McDonald's is debuting the "Mariah Menu" next month, in which the fast food chain is giving away a different free menu item each day between December 13 through December 24. The catch is that it requires a $1 minimum purchase and has to be ordered on the McDonald's app.

"Some of my favorite memories with my kids are our family trips to McDonald's, and of course, each of us has our go-to order. Mine is the cheeseburger, and I get it with extra pickles," said Mariah Carey in a press release.

Included on the "Mariah Menu" range from a Big Mac on December 13, pancakes on December 18 and chocolate chip cookies on Christmas Eve. 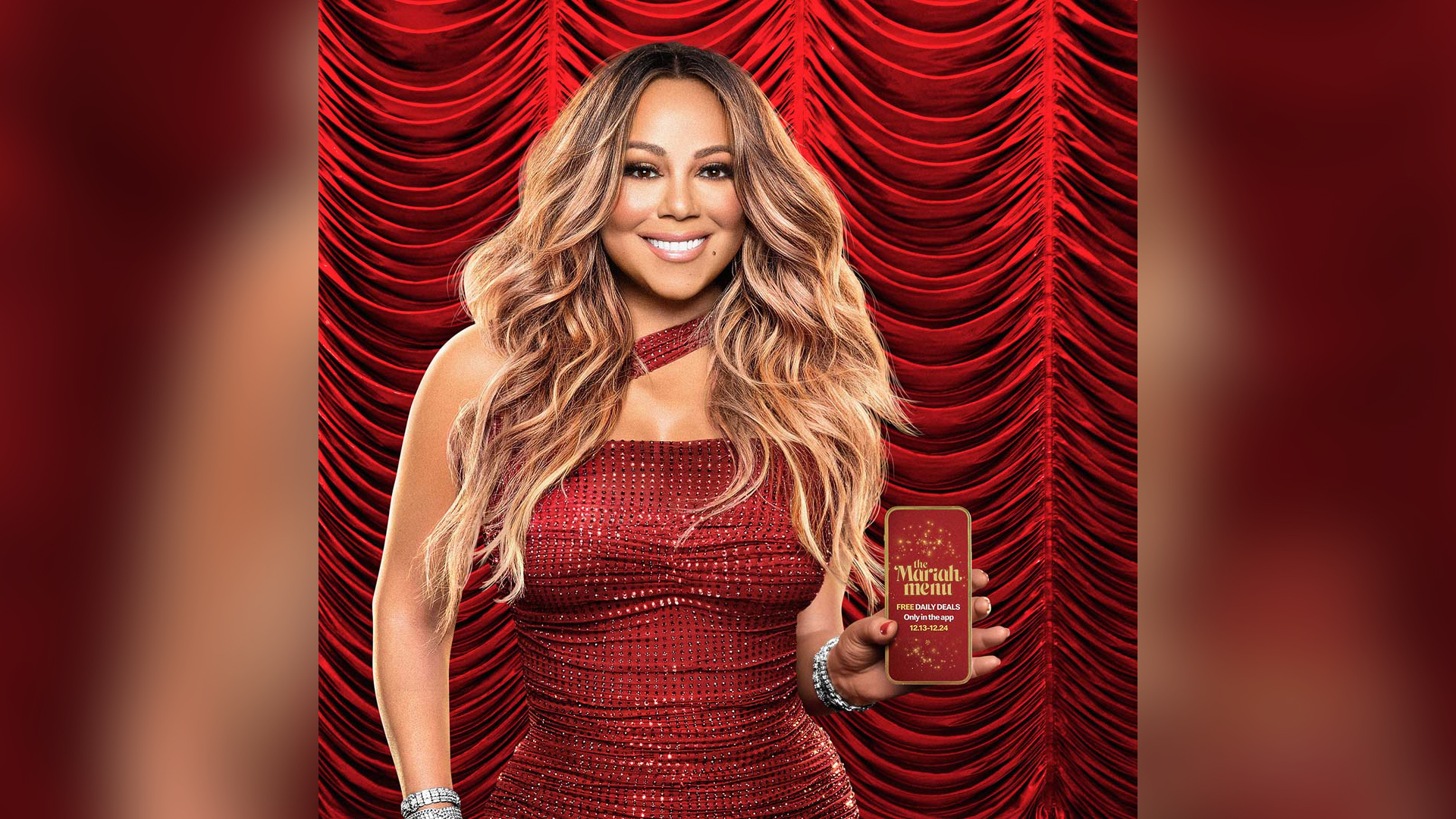 McDonald's had a similar promotion last year, when it gave away fictional Christmas characters' favorite foods each day for much of December. This year, McDonald's said it's kicking up its popular celebrity collaboration because the 11-day long event is "more than just a meal, it's a whole menu, fit for one of the best-selling female artists of all time."

Celebrity meal deals have been hugely successful for McDonald's, which has partnered with singers BTS, Saweetie, Travis Scott and J Balvin over the past year and a half.

The company recently said that in the three months ending on September 30, sales at global restaurants open at least 13 months jumped 12.7% compared to the same period last year, partially because of the celebrity meals.

The meals, along with the Christmas promotion, all use existing ingredients or menu items -— creating buzz without adding much extra work for employees. It also entices people to come in and likely spend more than the $1 required to get the free food.

Rivals have taken note, too. Burger King launched a celebrity-endorsed menu in September. The burger chain has eliminated 120 artificial ingredients from its food, so the meals use singer's real names instead of their better known stage names.

Most recently, Shake Shack announced Wednesday it has partnered with NBA player Klay Thompson for the "Klay Trey," a meal that includes a chicken sandwich, fries and a chocolate shake sold exclusively on Uber Eats. Also on Wednesday, Tim Horton's partnered with Canada's own Justin Bieber for the launch of a limited-edition selection of "Timbiebs Timbits" donuts.