March on Washington 2020: What to know about the event expected to draw thousands to DC this week 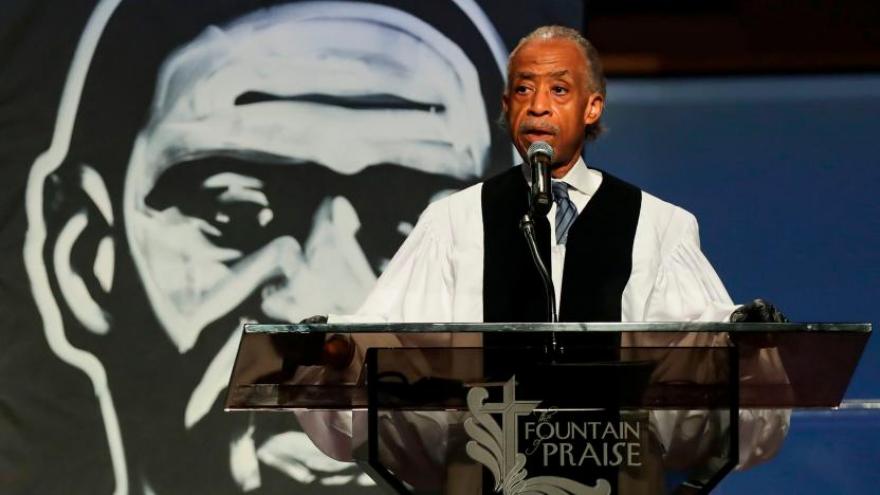 The Rev. Al Sharpton's National Action Network began planning the March on Washington in partnership with the NAACP and others after he announced the event during George Floyd's funeral in June.

(CNN) -- The March on Washington is returning to the nation's capital.

Tens of thousands are expected to gather Friday at the Lincoln Memorial to commemorate the historic 1963 civil rights March on Washington. The demonstration, taking place on the 57th anniversary of the Rev. Martin Luther King Jr.'s iconic "I Have a Dream" speech, seeks "to restore and recommit to the dream Dr. Martin Luther King, Jr. defined" that year.

The Rev. Al Sharpton's National Action Network began planning the march in partnership with the NAACP and others after he announced the event during George Floyd's funeral in June. The announcement came at the height of nationwide protests against police brutality and racial injustice spurred by the police killing of Floyd -- who died in late May after a White Minneapolis police officer knelt on the Black man's neck -- and other Black Americans. Sharpton and Martin Luther King III, a son of the late civil rights legend, are expected to participate in the event.

Event organizers have stressed that the march will comply with health guidance and local ordinances related to the coronavirus pandemic.

"We can have a protest, share our voice in this moment, and still be safe," Tylik McMillan, the national director of youth and college for NAN, told CNN in an interview Friday.

A march to demand police reform and justice

More than 200,000 people participated in the original 1963 march, officially titled the "March on Washington for Jobs and Freedom," which was led by Martin Luther King Jr. and others.

This year's March on Washington -- dubbed the "Get Your Knee Off Our Necks" Commitment March -- will reiterate the demands for police reform, criminal justice reform, and racial equality.

Marchers will call on the US Senate to pass a voting rights bill named after the late civil rights icon and longtime Georgia Rep. John Lewis, and police reform legislation named after Floyd.

At age 23, Lewis was one of the youngest keynote speakers at the 1963 march. Decades later, as a statesman, he spoke on the 50th anniversary of the march in 2013.

"We're walking in the spirit of Dr. King but also in the spirit of John Lewis to make 'good trouble,'" McMillan told CNN, adding that this year's event will also honor civil rights leader Rev. Cordy Tindell "C.T." Vivian, who died in July.

NAN will also encourage attendees to fill out the 2020 US Census, register to vote, and sign up to be poll workers and monitors.

A march led by the families that 'know the pain'

In announcing the march in June, Sharpton said it would be led by the families that "know the pain" and know what it's like to be "neglected," including the families of Floyd and Eric Garner, a Black man who was choked to death in 2014 by a police officer in New York.

Attendees will gather at the Lincoln Memorial at 7 a.m. ET, according to the schedule released so far. At 8 a.m. ET, a two-hour pre-program kicks off. The main program starts at 11 a.m. ET. and attendees will hear from civil rights leaders, the impacted families and community organizers.

The march begins at 1 p.m. ET from the Lincoln Memorial to the MLK Memorial, with the event concluding around 3 p.m. ET.

A march with masks

Face masks are required to march. Masks, gloves and sanitizer will be also be provided on site.

Participants will access the National Mall from 17th Street, where they'll have to undergo a temperature check from a registered nurse or doctor.

Once a person has their face covered and temperature checked, they will be granted a wristband and ticket for entry.

On the monument grounds, attendees will be in "grids," sections to enforce social distancing, that will be limited.

"We want to ensure that we're taking all necessary precautions to protect people," he said.

The application for the event permit had stated 100,000 anticipated attendees, and McMillan said the organization is still making preparations for that many people to show up.

NAN, however, has canceled shuttle buses from coronavirus hotspots.

Instead, NAN is encouraging those people to remain in their home states and join the march virtually, or participate in one of their satellite rallies in South Carolina, Florida, Texas and Kentucky -- "key states" where they hope to pressure US Republican senators to take up the voting rights legislation named for Lewis.

The in-person march in Washington will livestream on several platforms and a "virtual march" will be held in coordination with the NAACP, which will also hold a night of events Thursday.

Chris Rodriguez, the director of DC's Homeland Security and Emergency Management Agency, said in a statement provided to CNN that the city government "continues to work closely with event organizers to ensure that individuals can exercise their right to protest peacefully."

He noted that mass gatherings pose a risk of spreading the virus within the community and stressed that all residents and visitors should adhere to the mayor's order and DC health guidelines.