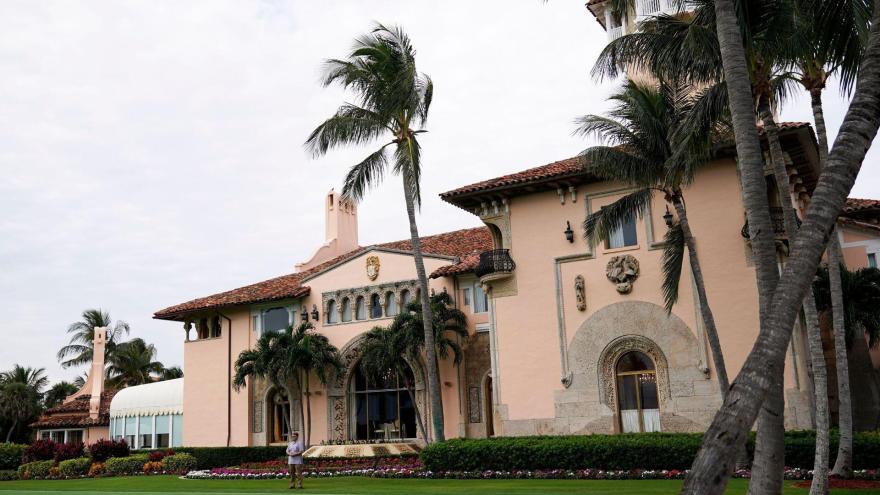 The special master overseeing the Mar-a-Lago documents investigation has ordered former President Donald Trump's lawyers to back up out-of-court assertions that the FBI may have planted evidence at the property during their search last month.

(CNN) -- The special master overseeing the Mar-a-Lago documents investigation has ordered former President Donald Trump's lawyers to back up out-of-court assertions that the FBI may have planted evidence at the property during their search last month.

Judge Raymond Dearie, the court-appointed special master, said in a filing Thursday that Trump's team needs to submit a sworn declaration saying if they believe the Justice Department included any items on their "inventory" of materials taken from Mar-a-Lago that were not actually seized during the search.

The declaration must include "a list of any specific items set forth in the Detailed Property Inventory that Plaintiff asserts were not seized from the Premises on August 8, 2022," Dearie wrote in the order.

This has come up as an issue in the case because Trump himself, some of his attorneys, and several of his outside Republican allies have publicly claimed that the FBI planted evidence at Mar-a-Lago during the August 8 search.

However, they have offered no evidence to support these accusations.

Thursday's new order from Dearie came two days after he held his first in-person hearing with Trump's lawyers and federal prosecutors, and it spells out his plan for how the special master review will move forward.

On Wednesday night, Trump suggested that the FBI planted evidence during the search. He asked Fox News' Sean Hannity, "Did they drop anything into those piles" of materials taken from Mar-a-Lago, "or did they do it later?"

When asked by Hannity if there is video of that, Trump said, "Nah, I don't think so."

The judge set a September 30 deadline for Trump's lawyers to submit this sworn declaration. He also asked the Justice Department to submit declarations attesting to key facts regarding the search.

The FBI has previously declined to comment on allegations of impropriety during its search. Asked last month by a reporter about the claim federal agents could have planted evidence, FBI Director Christopher Wray said, "I'm sure you can appreciate that's not something that I can talk about so I'd refer you to the (Justice) Department."

Dearie opened the door in a Thursday order to holding a hearing where "witnesses with knowledge of the relevant facts" could be called to testify about the Mar-a-Lago search and the materials that were seized.

If this happens, it could become a put-up-or-shut-up moment for the Trump side, which has made a wide array of statements about alleged government improprieties out of court, but has been much more restrained in court, where it would be a crime to knowingly lie.

The Justice Department also is required to provide Trump's lawyers with "copies of all seized materials" -- except those marked classified -- by Monday. This is needed so Trumps' side can figure out exactly what was taken from Mar-a-Lago and determine which materials they believe should be shielded under attorney-client or executive privilege.

The deadline for Trump's team to finish reviewing all the documents for potential privilege designations is October 14, though they'll be required to send "rolling" batches of their designations along the way. Dearie ordered both sides to finish their reviews and send their final designations to him by October 21.

The judge also signaled that there might be some documents that are covered by executive privilege but can still be reviewed by the Justice Department, which is part of the executive branch. This would be a more nuanced view than what Trump's team has offered -- which is essentially that federal prosecutors shouldn't be allowed to look at these privileged documents or to use them as part of the investigation.

Dearie also raised the possibility of sending some of the proceedings back to Magistrate Judge Bruce Reinhart, who approved the search warrant after finding there was probable cause of multiple crimes taking place at Mar-a-Lago. That judge has since become the target of death threats and online vitriol from Trump supporters, and Trump has publicly pushed several false claims about him.

Dearie has also hired a retired federal judge from the Eastern District of New York to assist his review and will also rely on staff from that district to work on the review of materials.

Dearie said the judge, James Orenstein, "has experience with complex case management, privilege review, warrant procedures" and other relevant topics, and that he currently has a top-secret security clearance.

Dearie said he won't seek any additional compensation for serving as the special master because he's currently on the US government payroll as a federal judge. But he proposed that Orenstein get paid $500 an hour, which would be covered by Trump, based on a prior court ruling in the case.