Many Latinos think that having a darker skin color hurts their ability to get ahead, Pew survey finds 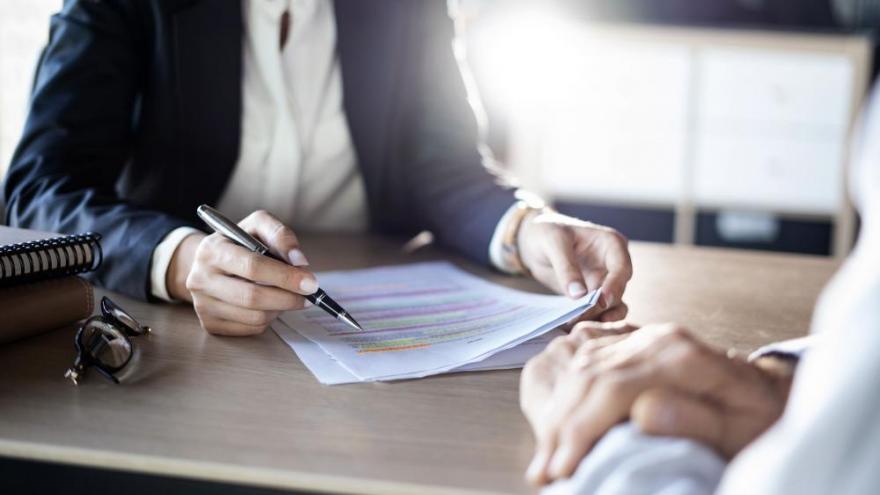 More than half of Latinos think their skin color hurts their chances at social mobility and makes them a target of discrimination, a new study from the Pew Research Center shows.

(CNN) -- More than half of Latinos think their skin color hurts their chances at social mobility and makes them a target of discrimination, a new study from the Pew Research Center shows.

The report, published Thursday, is based on a survey of more than 3,300 Hispanic adults in March of this year, and details how Latinos fit in the changing landscape of race relations in the United States.

While most Latinos said having a college degree or living in the US legally are the top factors that help or hurt the group's ability to get ahead, more than half consider that skin color has a significant impact on their lives.

About 59% of respondents said that having a lighter skin color helps the group get ahead in America, the report states. Meanwhile, 62% of Latinos said a darker skin color hurts them.

As part of the survey, researchers noted that they used 10-tone skin color scale to learn more about the identity of the respondents. A total of 80% said they had lighter skin tones, compared to 15% who reported having the darker skin colors in the scale.

Colorism is a longstanding issue in Latin American cultures and it runs deep in the Spanish language, scholars have previously told CNN. One example of that is the popular phrase "mejorar la raza," which means to improve the race.

Conversations around colorism in the Latino community have taken the spotlight in recent months. When the movie "In The Heights" was released this summer, producers were criticized for the lack of dark-skinned, Afro-Latinx performers in the leading roles. Several authors tackled the issue in "Wild Tongues Can't Be Tamed," a collection of personal essays and poems that published this week.

"Anti-Blackness and colorism are something that has divided the Latinx communities for so long. Though we are having more and more open conversations about these pain points in our community, there are those who still tend to put Whiteness in the spotlight," Saraciea J. Fennell, a Black Honduran writer who edited and contributed to the book told CNN.

Ana Gonzalez-Barrera, a senior researcher at the Pew Research Center and one of the report's authors, said the findings released on Thursday are part of the most in-depth analysis pertaining to colorism in the Latino community her team has done in a survey so far.

"I think (colorism) is something that is very present in Latinos' life and it's an important topic that has a real impact," Gonzalez-Barrera said.

The report says Latinos with darker skin color are more likely to experience at least one discrimination incident than those with lighter skin colors.

About 64% Latinos with darker skin reported that they experienced at least one of eight examples of discrimination. The incidents used in the survey included being told "to go back to your country," criticized for speaking Spanish in public, called offensive names and being treated unfairly by either a non-Hispanic person or someone who is Hispanic.

The most reported type of discrimination was "being treated as if they were not smart," the survey showed.

At the time of the survey, nearly a year had passed since the killing of George Floyd and researchers knew race relations continued to be an important topic across the country, Gonzalez-Barrera said.

When they measured the sentiment among Latinos and how it compared to previous years, Gonzalez-Barrera said, they found there are fewer Latinos saying there's not much attention being paid to race and racial issues nationwide.

But about half of all Latinos said too little attention is paid to racial issues that concern to their specific ethnic group, the report states.

That sentiment could be a reflection of the attitude and behaviors toward the race of people outside and inside the Latino community, where in some cases there are few conversations surrounding that topic.

While the survey found that roughly half of Latinos say discrimination due to race or skin color come up in conversations with family and friends at least sometimes, about half of them also say they rarely or never have those conversations.