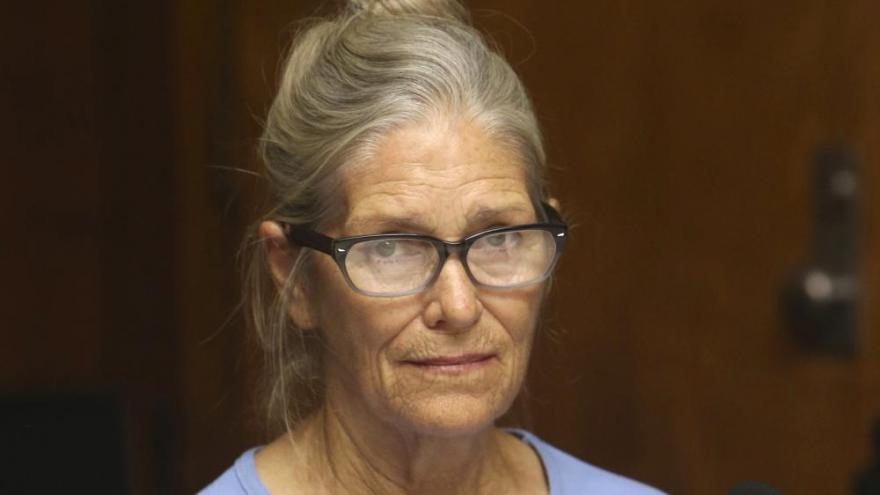 Leslie Van Houten has been in prison for nearly five decades since being convicted of her involvement with the Manson Family murders.

(CNN) -- Charles Manson follower Leslie Van Houten has been found suitable for parole, but her fate will ultimately be decided by California Gov. Gavin Newsom, who previously denied her parole in 2019.

The California Board of Parole Hearings recommended that an Houten be paroled at a hearing on Thursday, according to Luis Patino, a spokesman for the state Department of Corrections and Rehabilitation.

This is the fourth time the board has deemed Van Houten suitable for release. Her three previous approvals for release were blocked twice by former Gov. Jerry Brown and once by Newsom. It remains unclear what Newsom plans to do this time.

The 70-year-old Van Houten "was very nervous going into the hearing, but she responded very well to all the questions," her attorney Rich Pfeiffer told CNN. "She and her friends and family remain hopeful that she will be released. We all think we are getting closer and closer to release," he said.

"As with any parole suitability recommendation, when the case reaches the Governor's Office, it will be carefully reviewed on its merits," said Vicky Waters, a spokeswoman for Newsom.

Thursday's hearing was her 23rd since she became eligible for parole in 1977. Van Houten has been in prison for nearly five decades.

The review will be expedited for inmates who face the greatest risk or are at facilities with a Covid-19 outbreak, Patino said.

Van Houten was 19 years old when she met Manson and became part of his murderous cult known as the "Manson Family." She was convicted of the 1969 stabbing deaths of Leno and Rosemary LaBianca in Los Angeles.

Van Houten was convicted and sentenced to death in 1971, but one year later the death penalty was overturned. Her first conviction was overturned as well because her lawyer died before that trial ended. She was tried twice more -- one trial ended in a hung jury -- and was sentenced to life in prison following a 1978 guilty verdict.

She is currently imprisoned at the California Institution for Women.