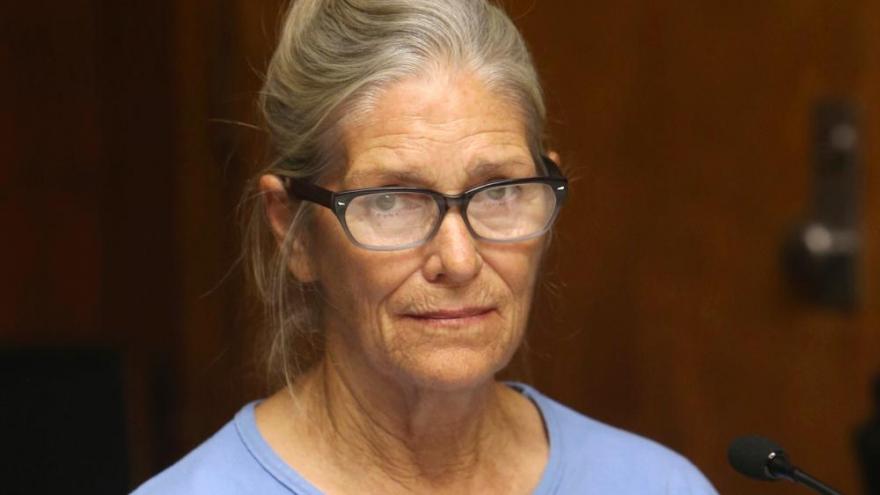 Leslie Van Houten attends a parole hearing at the California Institution for Women in Corona on September 6, 2017.

(CNN) -- For the fifth time in as many years, Leslie Van Houten, a former Charles Manson follower and convicted murderer, has been recommended for release by California's Board of Parole Hearings.

Van Houten, 72, is "relieved," her attorney, Rich Pfeiffer, told CNN in an email.

"These hearings are very hard on her," Pfeiffer added.

Van Houten was 19 when she met Manson and became part of the murderous cult that came to be called the "Manson Family," according to previous parole documents.

"I was mesmerized by his mind and the things he professed," Van Houten once said.

In 1971, she was found guilty of participating in the 1969 stabbing deaths of supermarket executive Leno LaBianca and his wife, Rosemary, as part of the cult and sentenced to death. But the death penalty was overturned and her sentence was commuted to life in prison.

Tuesday, in her 24th appeal before the parole board, Van Houten was found fit for release, kicking off a three-month review process in which the parole board's legal division will examine the case. It will then be sent to the office of the governor, who will have 30 days to make a decision.

The four previous recommendations for release were rejected by the state's governors -- twice by former Gov. Jerry Brown, who cited the horrific nature of the murders and Van Houten's eager participation, and twice by Gov. Gavin Newsom.

Newsom wrote last year he believed Van Houten posed "an unreasonable danger to society if released from prison at this time."

"Given the extreme nature of the crime in which she was involved, I do not believe she has sufficiently demonstrated that she has come to terms with the totality of the factors that led her to participate in the vicious Manson Family killings," Newsom wrote in his decision.