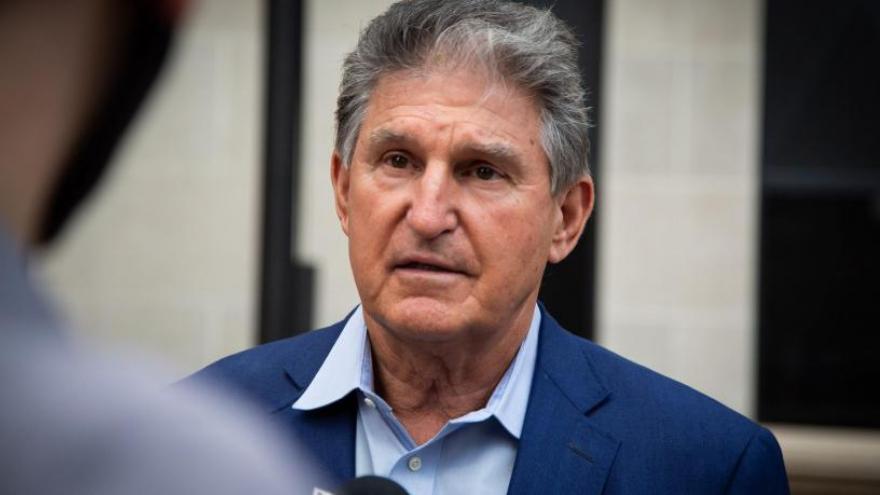 Democratic Sen. Joe Manchin said Sunday that he's not a "roadblock" for President Joe Biden's legislative agenda, even as he uses his key position in the Senate to push against some aspects of Biden's massive infrastructure proposal.

(CNN) -- Democratic Sen. Joe Manchin said Sunday that he's not a "roadblock" for President Joe Biden's legislative agenda, even as he uses his key position in the Senate to push against some aspects of Biden's massive infrastructure proposal.

"I'm not a roadblock at all," Manchin, a moderate from West Virginia, told CNN's Dana Bash on "State of the Union" when asked about those in his party who view him as a challenge to accomplishing some of the President's agenda. Manchin wields significant influence in the Senate as a result of his party's slim majority.

But as he sought to dismiss criticism from members of his party, Manchin told Bash that he supports a "more targeted" version of Biden's roughly $2 trillion infrastructure plan, flexing his potential veto power in the negotiations over the package. Biden's proposal includes less traditional infrastructure items, like $400 billion to bolster caregiving for aging Americans and those with disabilities.

"I do think they should be separated," Manchin said. "Because when you start putting so much into one bill, which we call an omnibus, it makes it very, very difficult for the public to understand."

"The human infrastructure is something that we're very much concerned about, and when you think about all that we have done in the last year and plus the Covid bill this year, the American Rescue Plan, an awful lot has been done there, too," he added.

The White House is in talks with lawmakers about the infrastructure proposal, which Biden unveiled last month. The package, which the President plans to pay for by raising corporate taxes, includes money for roads, bridges, public transit, rail, ports, waterways, airports and electric vehicles, as well as funds for the nation's digital infrastructure and a number of human infrastructure items, like Veterans Affairs hospitals and workforce development.

Manchin told Bash he doesn't support using a partisan budget process called reconciliation to pass a slimmed-down version of the proposal with only Democratic votes, saying, "We have to get back to getting it into the committees. Let the committee chair and the members of those committees work it."

The senator has already frustrated some members of his party after making clear earlier this month that he opposes changing Senate rules to eliminate the 60-vote threshold needed to pass most legislation so as to allow Democrats to push through more bills on party-line votes.

Manchin also signaled to the White House a few weeks ago that the infrastructure package can't pass in its current form because he and a handful of other Senate Democrats believe the corporate tax hikes proposed in the bill -- designed to offset its costs -- are too steep.