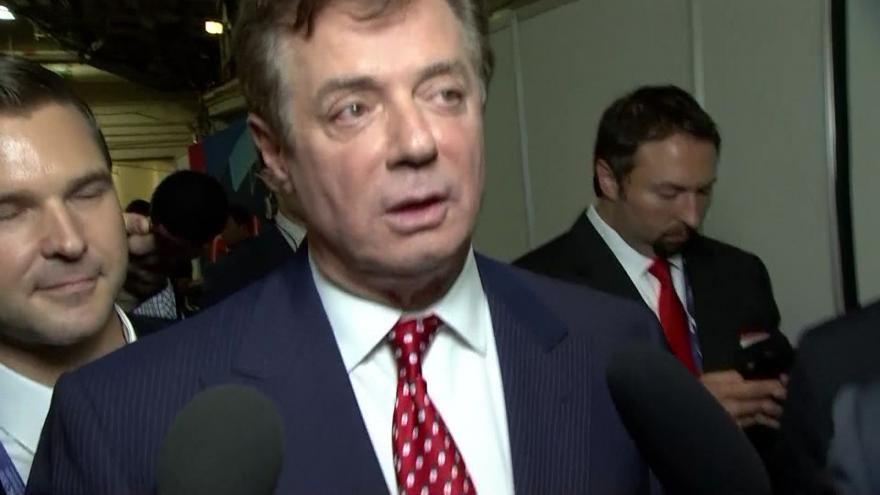 WASHINGTON (AP) — President Donald Trump's former campaign chairman sued special counsel Robert Mueller and the Justice Department on Wednesday, saying prosecutors had overstepped their bounds by charging him for conduct that he says is unrelated to Russian interference in the 2016 presidential election.

The lawsuit by Paul Manafort, filed in federal court in Washington, is the most direct challenge to date to Mueller's legal authority and the scope of his mandate as special counsel. It comes amid Republican allegations of partisan bias among members of Mueller's team, which for months has been investigating whether the Trump campaign coordinated with Russia to influence the outcome of the U.S. election.

Manafort was indicted in October on charges, including money-laundering conspiracy, related to his lobbying work on behalf of a Russia-friendly Ukrainian political party. He has pleaded not guilty. He is one of four Trump associates — including former national security adviser Michael Flynn — to be charged so far in Mueller's investigation.

In his complaint, Manafort alleges that the investigation into "decade-old business dealings" is "completely unmoored" from the mandate Mueller was given when he was named in May to probe possible ties between the Kremlin and the Trump campaign. He argues that a paragraph in Deputy Attorney General Rod Rosenstein's order appointing Mueller, which allows him to pursue new matters he comes across during his investigation, is too broad to be permitted under the regulation that governs special counsels.

"The Special Counsel's investigation and indictment resulted from a violation of numerous DOJ policies and procedures and otherwise far exceeds any lawful authority to investigate links between individuals associated with the Trump campaign and the Russian government," the lawsuit claims.

Manafort's lawyer, Kevin Downing, did not immediately return a call seeking comment on the lawsuit.

A Justice Department spokesman said, "The lawsuit is frivolous, but the defendant is entitled to file whatever he wants." A spokesman for Mueller's office, Peter Carr, declined to comment.

Manafort acknowledged in his complaint that his foreign business dealings have been of interest for years to federal prosecutors. He said he met voluntarily with Justice Department prosecutors and FBI agents in July 2014, or three years before Mueller's appointment, to discuss his "offshore political consulting activities." He said that during the interview, he discussed in detail his activities in Ukraine, his relationships with diplomats in Kiev and his offshore banking in Cyprus.

But, Manafort said, "those alleged dealings had no connection whatsoever to the 2016 presidential election or even to Donald Trump. Nor were they uncovered in the course of the Special Counsel's probe into President Trump's campaign."

The complaint alleges that Rosenstein's order was overly broad and arbitrary, and urges a judge to strike it down as an "abuse of discretion."

Rosenstein, who according to the complaint has not responded to a request from Manafort's lawyer seeking clarity on the scope of Mueller's authority, has been publicly supportive of the special counsel's work. He told a congressional committee last month that he had signed off on Mueller's investigative moves, including what fell within his authorized scope.

Manafort's lawyer had asked Rosenstein in September to say whether he had granted Mueller the authority to investigate Manafort for potential tax and other white-collar crimes dating back a decade.

"I know what he's doing," Rosenstein testified. "I'm properly exercising my oversight responsibilities, and so I can assure you that the special counsel is conducting himself consistently with our understanding about the scope of his investigation."

Asked if there was a "solid factual basis" for the criminal charges, Rosenstein said he was "comfortable with the process that was followed with regard to that indictment."