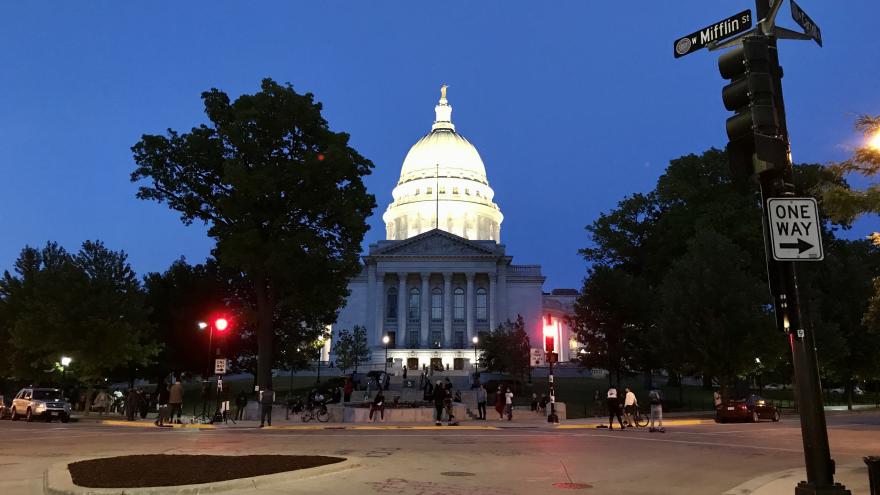 Madison Police arrested Johnson on Tuesday afternoon after he entered a bar with a baseball bat and megaphone.

His arrest triggered a demonstration that saw protesters tear down two statues outside the state Capitol and assault a state legislator on the Capitol lawn.

Someone in the crowd also threw a fire bomb into a city-county building.