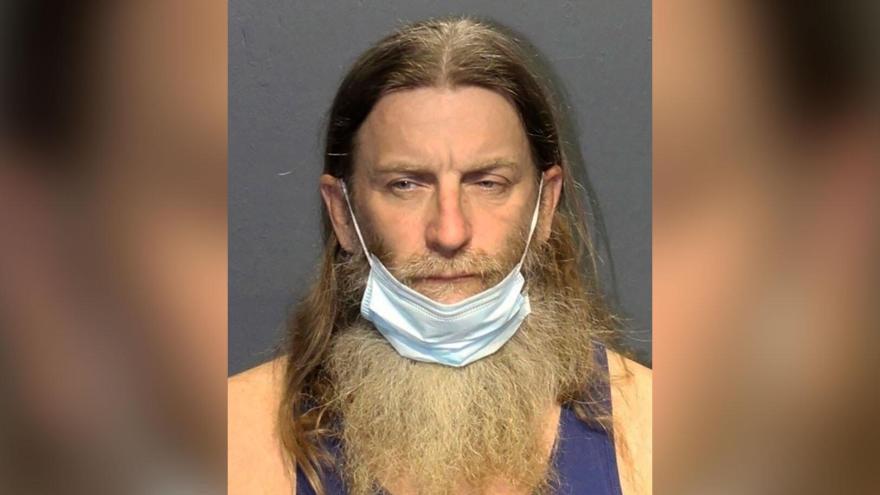 (CNN) -- A Virginia man who was infamously photographed wearing a "Camp Auschwitz" sweatshirt and an "SS" t-shirt inside the US Capitol on January 6, 2021, was sentenced by a federal judge Thursday to more than two months in jail.

Robert Packer pleaded guilty to a misdemeanor trespassing charge in January. Images of Packer inside the Capitol gained national attention as the riot unfolded and became a symbol of the numerous other rioters who have similarly expressed white supremacist and antisemitic views.

Prosecutors say Packer traveled from Virginia to attend the pro-Trump rally on January 6 and entered the Capitol only six minutes after the initial breach, despite seeing broken windows and rioters fighting police. He spent about 20 minutes traversing the Capitol, during which time he saw repeated skirmishes with police.

The 75-day sentence is steep compared to other rioters who pleaded guilty to the same misdemeanor charge and were not accused of violence. Packer's lengthy criminal history contributed to that decision, Nichols said. The judge added that other January 6 defendants he had sentenced more leniently were not "as close to, or certainly as aware of as the violence as Mr. Packer was."

Nichols also said that because Packer "hasn't told us" why he wore the antisemitic clothing, "we are left to infer that there was an inappropriate reason for him to have chosen to wear such a truly offensive sweatshirt."

Prosecutor Mona Furst said Packer "posted his beliefs on his clothing that day," and that while "wearing this attire with his beliefs on his back, [Packer] attacked the very government that gave him the freedom to express those beliefs -- no matter how abhorrent they might be."

Packer's attorney Stephen Brennwald agreed during the hearing that while "there is no question that his shirt was offensive," the clothes were a "free speech issue" and shouldn't be taken into consideration as part of the sentencing.

"If Mr. Packer had short hair, no beard, and was wearing a Nike shirt would he be viewed the same way?" Brennwald asked.