Man who tried to kidnap 11-year-old girl is now in custody, deputies say 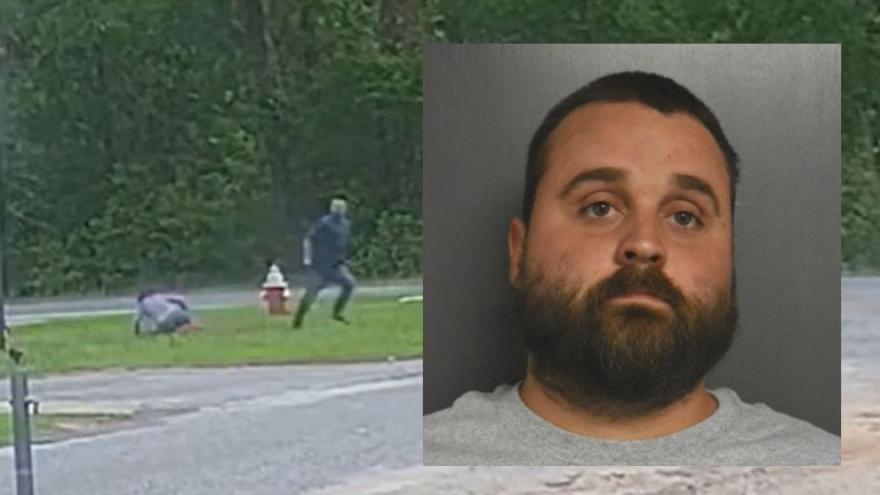 ESCAMBIA COUNTY, Florida (WALA) -- The man who tried to kidnap an 11-year-old girl at her bus stop Tuesday is now in custody.

Investigators identified the man as Jared Stanga. He is charged with attempted kidnapping, aggravated assault with a knife, and battery.

Escambia County Sheriff Chip Simmons said the suspect has a criminal history including sexual offenses with a child victim.

The chilling kidnapping attempt was caught on camera. The video shows the girl waiting at a bus stop on Corry Field Road at Perdido Street in West Pensacola around 7 a.m.

Investigators said Stanga got out of a van and was holding the knife as he walked up to the girl and grabbed her. She struggled and put up a fight allowing her to break free from his grasp. She then picked up her bags and ran home.

Simmons said investigators were able to track down the vehicle to an address not too far away from the scene of the attempted kidnapping. The sheriff said Stanga had painted part of the van in an attempt to make it look different than it appeared in the surveillance video.

Simmons said the victim and Stanga had an interaction at the bus stop two weeks ago. Simmons said the man pulled up in his vehicle and started talking to her. The girl and her mother reported the incident to her principal.