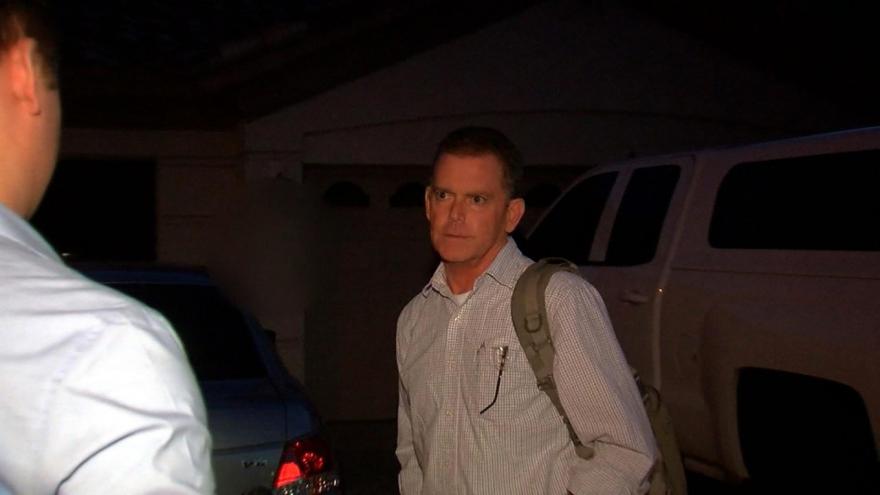 **Embargo: Las Vegas, NV** Douglas Haig, 57, admitted Tuesday he manufactured ammunition without a license at a workshop inside his Mesa home, the US Attorney's Office in Nevada said. (FILE PHOTO)

(CNN) -- An Arizona man who says he sold ammunition to the gunman in the 2017 mass shooting in Las Vegas pleaded guilty on Tuesday to federal charges.

Douglas Haig, 57, admitted he manufactured ammunition without a license at a workshop inside his Mesa home, the US Attorney's Office in Nevada said.

Authorities began investigating Haig after they found unfired .308-caliber (7.62mm) rounds in gunman Stephen Paddock's hotel room. Two rounds had Haig's fingerprints on them as well as tool marks from his workshop. The bullets in the cartridges were armor-piercing, with an incendiary capsule in the nose, a criminal complaint said.

Paddock opened fire on October 1, 2017, from his hotel room at the Mandalay Bay hotel onto a crowd attending the Route 9 Harvest music festival. Fifty-eight people were killed and 422 others were wounded. Investigators say Paddock died of an apparent self-inflicted gunshot wound as police closed in on his room.

Haig's charges do not allege that he knew of Paddock's intentions to kill in Las Vegas.

The aerospace engineer and part-time ammunition reseller had previously said he sold tracer ammunition to Paddock at his home that September after they met at a gun show. Tracer ammunition has a pyrotechnic charge that, when fired, leaves an illuminated trace that can help a shooter have a more precise idea of where the bullet is going.

Investigators say Haig operated an illegal ammunition business called Specialized Military Ammunition from July 2016 to about October 19, 2017, out of his home. He made the ammunition and sold it at gun shows in several states, including Arizona and Nevada, authorities said.

"Haig operated the ammunition manufacturing business despite knowing that federal firearms law required a license for such activity," the US Attorney's Office in Nevada said in a statement.

He is set to be sentenced by US District Judge James C. Mahan in February. He faces up to five years in prison and a $250,000 fine, authorities said.