Man who recorded the fatal shooting of Ahmaud Arbery has been arrested, GBI says 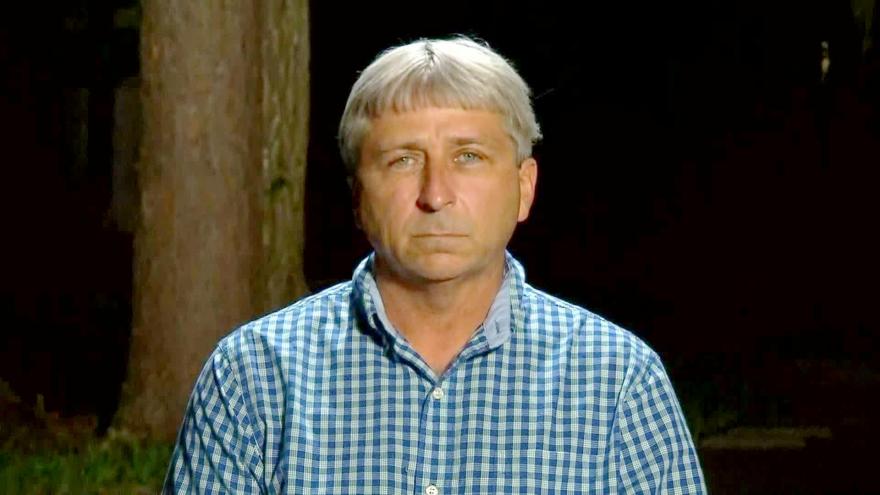 William "Roddie" Bryan Jr., the man who recorded the fatal shooting of Ahmaud Arbery in a neighborhood outside Brunswick, Georgia, has been arrested on suspicion of murder, the Georgia Bureau of Investigation said.

(CNN) -- William "Roddie" Bryan Jr., the man who recorded the fatal shooting of Ahmaud Arbery in a neighborhood outside Brunswick, Georgia, has been arrested on charges including felony murder, the Georgia Bureau of Investigation said Thursday.

Bryan witnessed the deadly encounter between Travis McMichael and Arbery on February 23 from a vehicle behind a pickup that stopped in the road. Gregory McMichael, who was in the bed of the pickup during the shooting, told police that Bryan had tried to help them stop Arbery earlier, according to an incident report.

A person can be charged with felony murder in Georgia if he or she is alleged to have contributed to another's death, even unintentionally, while committing another felony. Bryan also faces a charge of criminal attempt to commit false imprisonment.

Kevin Gough, an attorney for Bryan who could not be reached Thursday, has said his client committed no crime, was no vigilante and would be the state's "star witness."

He told CNN last week that Bryan was working in his yard when he saw a person he did not know being chased by a vehicle he recognized from the neighborhood.

Bryan spoke to CNN's Chris Cuomo on May 11 and said he prays for the Arbery family every night.

The attorneys representing members of the Arbery family said they were relieved.

"We called for his arrest from the very beginning of this process," the family's attorneys S. Lee Merritt, Benjamin Crump, and L. Chris Stewart, said.

"His involvement in the murder of Mr. Arbery was obvious to us, to many around the country and after their thorough investigation, it was clear to the GBI as well."

They thanked the GBI for its diligence.

"I can say Wanda Cooper and Marcus Arbery were very, very relieved to see this arrest finally take place. Not only have we been waiting since the McMichaels were arrested, they have been waiting for three months for all three of these men to be brought into custody," Merritt told CNN's Don Lemon Thursday night.

Bryan, who recorded the shooting, and his attorney have maintained that he is innocent of any wrongdoing. On Monday evening, Gough, Bryan's attorney, said his client had no prior contact or plan with the McMichaels prior to the shooting.

"The initial police report described his role in it," Merritt said. "The idea that he was just a witness, recording the video -- that's a recent invention. His role in this ambush was well documented in the original police report and is demonstrated by video."

"It's based on that video and probable cause why he is in custody," Crump told Lemon.

Bryan to be booked into same jail as McMichaels

The GBI, which is conducting the investigation into Arbery's death, said Bryan, 50, was arrested Thursday and will face charges of felony murder and criminal attempt to commit false imprisonment.

Bryan will be booked into the Glynn County Jail, where the McMichaels are being held on charges of murder and aggravated assault.

The father and son's legal teams have said the full details of the case haven't made it into the public arena, and they've promised the truth will exonerate their clients.

Video was recorded on Bryan's cellphone

The video Bryan recorded on his cellphone shows Arbery trying to run around the McMichaels' truck before turning sharply toward Travis McMichael and tussling over his shotgun. Arbery was shot three times and collapsed in the street.

The 36-second video was not released until more than 10 weeks after the killing and spurred calls for the McMichaels' arrests. It does not show what led up to the final moments of Arbery's life.

Gregory McMichael -- a former prosecutorial investigator, ex-Glynn County police officer and Travis' father -- told police that he and his son chased Arbery after seeing him at a neighbor's under-construction home. They suspected him in a rash of break-ins, according to an incident report.

McMichael told police his son had tried to cut off Arbery with his truck but Arbery turned around.

"McMichael stated the unidentified male turned around and began running back the direction from which he came and 'Roddy' attempted to block him in which was unsuccessful," the police report says.

Arbery's family has said he was jogging through the neighborhood.

Gough said Monday that Bryan had taken a polygraph test that confirmed he was not involved in the shooting.

Bryan was unarmed at the time of shooting and that Bryan did not have any conversation with Gregory or Travis McMichael before the shooting, Gough said, citing test results.