Man who recorded Ahmaud Arbery's killing tried to 'confine and detain' him with his vehicle, warrant says 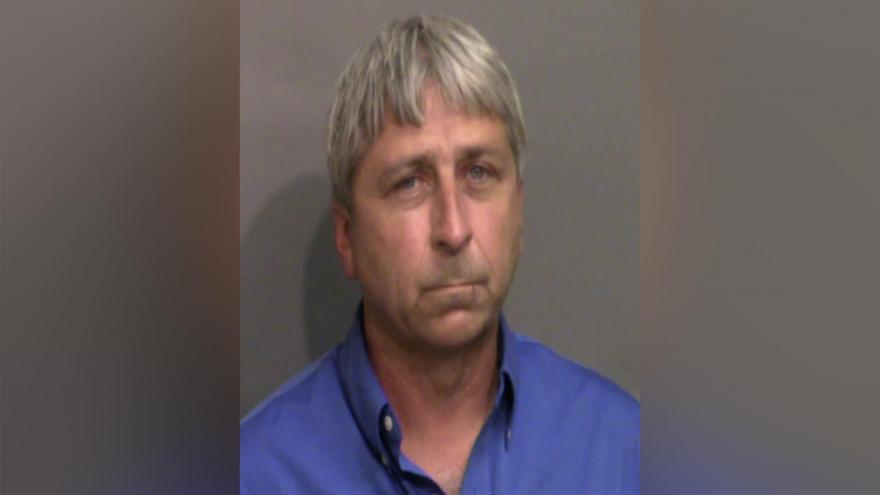 (CNN) -- A man who recorded the fatal shooting of Ahmaud Arbery in Georgia was arrested in part because investigators believe he used his vehicle to try to "confine and detain" Arbery multiple times in the minutes leading to Arbery's death, an arrest warrant says.

William "Roddie" Bryan Jr. was arrested Thursday on charges including felony murder -- becoming the third person arrested in connection with Arbery's February 23 death in a neighborhood outside the city of Brunswick.

"If we believed he was (just) a witness, we wouldn't have arrested him," Georgia Bureau of Investigation Director Vic Reynolds said Friday in news conference in Decatur.

Bryan made his first court appearance Friday afternoon, appearing before a magistrate judge in Glynn County via video conference.

The judge read Bryan his rights as well as the two charges against him before telling him bail would be set by a superior court judge. Bryan was not asked to enter a plea.

Bryan and his attorney have repeatedly said he was only a witness.

"Mr. Bryan has committed no crime and bears no criminal responsibility in (Arbery's) death," Bryan's attorney Kevin Gough told reporters in a prepared statement Friday afternoon outside Glynn County's courthouse, minutes ahead of Bryan's initial court appearance. "Roddie passed a polygraph examination that effectively exonerates him of any criminal responsibility in this matter.

"Notwithstanding the arrest of Mr. Bryan, however, and the hardship that he and his family must now endure, Roddie and I remain sympathetic to the Arbery family and to their request for justice for their son."

Gough on Friday said he filed a demand for a speedy trial, and the case should move forward quickly despite the coronavirus pandemic.

Bryan had recorded a video -- since made public -- of the deadly encounter between Travis McMichael and Arbery on February 23 from a vehicle behind a pickup that stopped in the road, authorities had said.

Travis' father, Gregory McMichael, who was in the bed of the pickup during the shooting, told police that Bryan had tried to help them stop Arbery earlier in the day, according to a police report.

On Friday, a reporter asked Reynolds whether Bryan had been using his vehicle to block Arbery to help Travis and Gregory McMichael pursue him.

"I would refer you to the warrant (for Bryan), particularly to the one on false imprisonment. I think it speaks for itself," Reynolds said.

Bryan, taken into custody early Thursday evening in Glynn County, was arrested on warrants charging him with felony murder and criminal attempt to commit false imprisonment.

"The accused (Bryan) did attempt to confine and detain Ahmaud Arbery without legal authority, by attempting to confine ... Arbery and utilizing his vehicle on multiple occasions" between 1 p.m. and 1:20 p.m. "with the intention of confining and detaining Arbery," the warrant dealing with false imprisonment reads.

A person can be charged with felony murder in Georgia if he or she is alleged to have contributed to another's death, even unintentionally, while committing another felony. The charge of attempted false imprisonment is that felony in this case, Reynolds said.

Gough has said previously his client was no vigilante and would be the state's "star witness." And Monday evening, Gough said his client had no prior contact or plan with the McMichaels prior to the shooting.

Speaking to CNN's Chris Cuomo on May 11, Bryan said he prays for the Arbery family every night.

The attorneys representing members of the Arbery family said Thursday they were relieved by Bryan's arrest.

"We called for his arrest from the very beginning of this process," the family's attorneys S. Lee Merritt, Benjamin Crump, and L. Chris Stewart, said.

"His involvement in the murder of Mr. Arbery was obvious to us, to many around the country and after their thorough investigation, it was clear to the GBI as well."

'A number of pieces of video ... helped us get to this point,' GBI director says

The GBI on Tuesday searched the home of Greg and Travis McMichael in Satilla Shores, the neighborhood where Arbery was killed.

But Reynolds declined Friday to say whether anything found during that search helped lead to Bryan's arrest.

A reporter asked Reynolds whether Bryan provided police any video beyond what the public has seen.

"Suffice it to say there are a number of pieces of video that helped us get to this point," Reynolds said.

Bryan's attorney has said client is innocent of wrongdoing

Bryan, 50, and his attorney have maintained that he is innocent of any wrongdoing. Gough told CNN last week that Bryan was working in his yard when he saw a person he did not know being chased by a vehicle he recognized from the neighborhood.

"The initial police report described his role in it," Merritt said. "The idea that he was just a witness, recording the video -- that's a recent invention. His role in this ambush was well documented in the original police report and is demonstrated by video."

"It's based on that video and probable cause why he is in custody," Crump told CNN's Don Lemon on Thursday.

The GBI, which is conducting the investigation into Arbery's death, said Bryan was booked into the Glynn County Jail, where the McMichaels are being held on charges of murder and aggravated assault.

The father and son's legal teams have said the full details of the case haven't made it into the public arena, and they've promised the truth will exonerate their clients.

Video was recorded on Bryan's cellphone

The video Bryan recorded on his cellphone shows Arbery trying to run around the McMichaels' truck before turning sharply toward Travis McMichael and tussling over his shotgun. Arbery was shot three times and collapsed in the street.

The 36-second video was not publicly released until more than 10 weeks after the killing and spurred calls for the McMichaels' arrests. It does not show what led up to the final moments of Arbery's life.

Gregory McMichael -- a former prosecutorial investigator, ex-Glynn County police officer and Travis' father -- told police that he and his son chased Arbery after seeing him at a neighbor's under-construction home. They suspected him in a rash of break-ins, according to a police incident report.

McMichael told police his son had tried to cut off Arbery with his truck but Arbery turned around.

"McMichael stated the unidentified male turned around and began running back the direction from which he came and 'Roddy' attempted to block him in which was unsuccessful," the police report says.

Arbery's family has said he was jogging through the neighborhood.

Bryan was unarmed at the time of the shooting and he did not have any conversation with Gregory or Travis McMichael before the shooting, Gough said, citing test results.