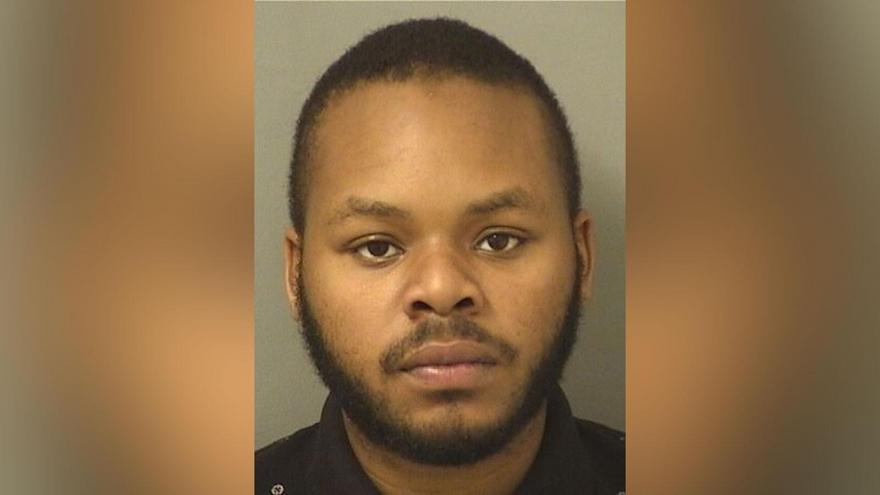 Malachi A. Love-Robinson, the Florida man who once pleaded guilty to practicing medicine without a license as a teen, has been arrested on new allegations of fraud.

(CNN) -- Malachi A. Love-Robinson, the Florida man who pleaded guilty to practicing medicine without a license as a teen, has been arrested on new allegations of fraud.

According to a probable cause affidavit from the Delray Beach Police Department, Love-Robinson, a contracted employee for a shipping broker, is accused of stealing from his employer in early 2020 by rerouting payments from the business to his personal accounts, causing a total loss of $10,129.81.

According to the affidavit, Love-Robinson's employer showed police screenshots of text conversations where Love-Robinson allegedly stated he "f***ed himself" and that he was "doing everything [he] can to make it right."

"I don't want to go to jail," another text message said, according to the affidavit. Love-Robinson later told his employer he had refunded the money, but the employer told police no money was ever received, the affidavit said.

According to jail records, Love-Robinson was released from Palm Beach County Jail on a surety bond Thursday evening.

Love-Robinson first ran into trouble with the Florida Department of Health in October 2015, which filed a cease-and-desist notice accusing him of practicing medicine without a license, a department spokesman told CNN.

Love-Robinson gained notoriety in 2016 after his arrest in Palm Beach County on suspicion of practicing medicine without a license, posing as a medical doctor and treating patients.

The Palm Beach County Sheriff's narcotics unit, along with the Florida Department of Health, carried out an operation in which an undercover officer visited Love-Robinson's office. Love-Robinson physically examined the officer and provided medical advice, according to the sheriff's office, culminating in his arrest.

At the time of his arrest he was 18 years old, yet his profile on a medical review website listed his age as 25. The website said the information was ultimately supplied by Love-Robinson, his office or on his behalf.

Love-Robinson at the time denied the claims, stating he never portrayed himself as an M.D. but rather as having a Ph.D.

In March 2016, Love-Robinson faced additional charges in Florida of fraud and larceny, as authorities said he used checking account information from one of his clients to pay more than $34,000 in car payments.

In September 2016, Love-Robinson was arrested in Virginia on accusations of fraud. Authorities stated he tried to buy a $35,000 Jaguar automobile with the purported help of an elderly co-signer, without the co-signer's knowledge.

In 2017, Love-Robinson was sentenced to five years in prison after pleading guilty to one of the Virginia charges, with four of the years given to be suspended.

After his release in Virginia, Love-Robinson pleaded guilty in 2018 in a deal regarding the earlier charges from Florida and was sentenced to more than three years in prison with credit for 16 months already served, according to the South Florida Sun Sentinel. He was released in September 2019 after 20 months in a Florida prison, according to the Miami Herald.