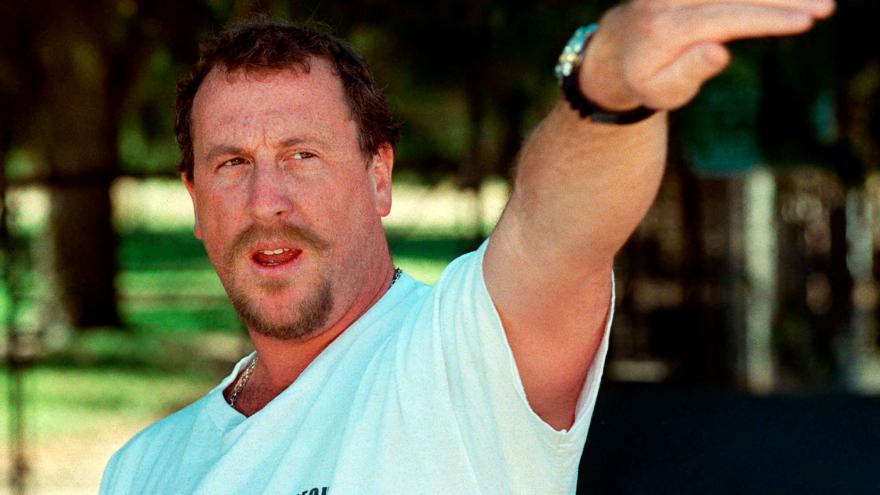 (CNN) -- George Holliday, the man who shot the infamous video of Los Angeles Police Department officers beating Rodney King more than 30 years ago, has died, his friend tells CNN. He was 61.

"Unfortunately, he didn't want to get vaccinated. He wanted to get the Covid so he could build immunities and his wish came true about a month ago," said Wollenweber in a telephone interview with CNN. "He got sicker and sicker and was having trouble breathing, so they finally took him to the hospital. When his oxygen levels went down, they put them on a ventilator. And then he got pneumonia and his kidneys were shutting down and he had internal bleeding. And then he died Sunday."

Wollenweber says he met Holliday in 1996 when they worked at the same plumbing company.

They last saw each other about a month ago, before Holliday went into the hospital, he said.

Wollenweber is not sure how Holliday caught Covid-19 but thinks their line of work exposed him.

"We were both plumbers and we go to people's houses every day, so I'm assuming he picked it up from one of his customers," Wollenweber said.

"It's sad because the video brought him a lot of bad luck," Wollenweber said. "He was a working stiff, you know, just like all of us."

Holliday shot the video early on the morning of March 3, 1991, from the balcony of his apartment. The video was seen on televisions around the world and was a key piece of evidence in the trial of four LAPD officers, who were acquitted on all charges connected to the beating.

Two of the officers, Sergeant Stacey Koon and officer Laurence Michael Powell, were convicted in 1993 of violating King's civil rights.

King's daughter and CEO of the Rodney King Foundation, Lora Dene King, expressed her appreciation for Holliday in a statement to CNN.

"The King family will forever be grateful to George Holliday who had the courage and conviction to hold the LAPD accountable in their brutal beating of my father, Rodney. Our condolences are extended to his family and friends," she said.

"He was a great guy, and he was fair and he lived a clean life, he didn't drink, he didn't smoke," Wollenweber said of Holliday. "He believed in God and it's just unfortunate that this Covid took him."

CNN requested comment from Holliday's brother, Peter, who's also in the plumbing business. However, an outgoing message said he was not available, and he will be spending the week mourning.

Wollenweber says Holliday is survived by his wife and a son from a previous relationship.