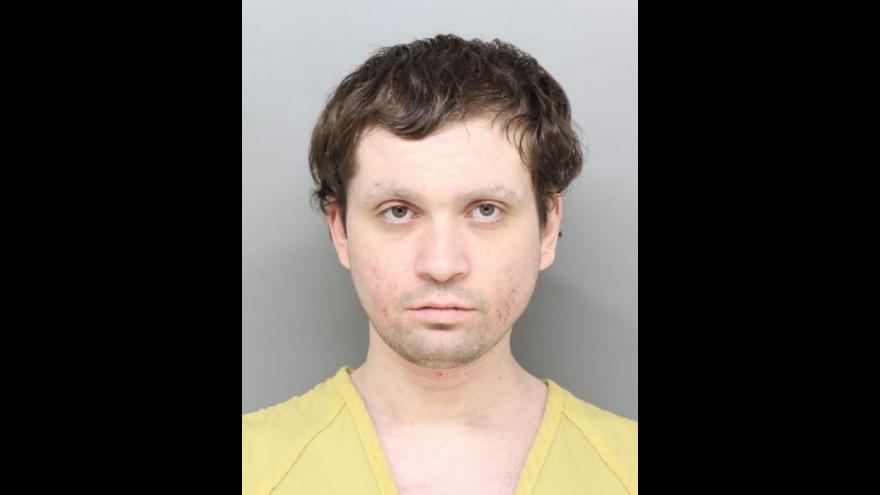 Brian Michael Rini, the Ohio man who allegedly claimed to be Timmothy Pitzen who disappeared in 2011, pleaded not guilty Friday to federal charges of making false statements to federal agents.

(CNN) -- The Ohio man who allegedly claimed to be Timmothy Pitzen, a boy who disappeared in 2011, pleaded not guilty Friday to federal charges of making false statements to federal agents.

Brian Michael Rini, 23, of Medina appeared in federal court, where he entered his pleas. He faces up to eight years in prison if convicted.

Rini's alleged hoax began earlier this month when residents spotted him in a Newport, Kentucky, neighborhood, just across the Ohio River from Cincinnati. Police responded to a report of a male acting suspiciously, authorities have said.

Rini, 23, identified himself to law enforcement officers as Timmothy, who would now be 14. Rini claimed he'd just escaped from captors and was a victim of sex trafficking.

DNA test results later indicated he was Rini, not Timmothy, and he was interviewed by agents again.

What happened to Timmothy Pitzen?

Rini initially stuck to his story that he was Timmothy but admitted he wasn't the missing boy when confronted with the DNA evidence, Ben Glassman, US attorney for the Southern District of Ohio, said two weeks ago.

Rini told investigators he learned of the boy's 2011 disappearance from an episode of ABC's "20/20," Glassman said, noting a rerun of an episode aired this year.

Rini has claimed to be a victim of child sex trafficking in the past, Glassman said. He made two previous reports to law enforcement in northern Ohio, according to the US attorney, who declined to provide more details.

Rini was released from an Ohio prison last month after serving time for burglary and vandalism, court records show.

Records from the Ohio Department of Rehabilitation and Correction indicate he was charged with burglary and vandalism -- both felonies. The crimes occurred in Medina County in January 2018, and he was sentenced to one year and six months in prison.

He was released March 7 and was supposed to start parole supervision that day for three years.