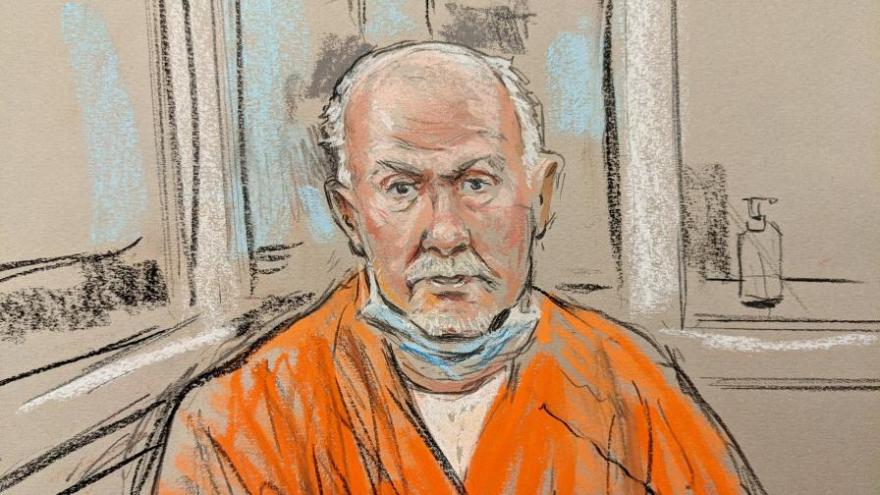 Man accused of bringing bombs to Capitol had contacted Cruz's office with concern about 'election fraud,' judge notes. A courthouse sketch depicts Lonnie Leroy Coffman during his arraignment in January 2021.

(CNN) -- Concluding one of the more unnerving cases surrounding January 6, a man who brought multiple firearms, Molotov cocktails and other weapons near the US Capitol that day was sentenced to 46 months behind bars on Friday.

Lonnie Coffman, 72, parked his truck -- filled with 11 Mason jars filled with gasoline and Styrofoam, several unregistered firearms, hundreds of rounds of ammo, a stun gun, machetes and a crossbow with bolts -- a few blocks from the Capitol on January 6.

"He had almost a small armory in his truck, ready to do battle," Judge Colleen Kollar-Kotelly said before sentencing Coffman to several months above what prosecutors had recommended.

During the sentencing, Kollar-Kotelly said she didn't think "in all my years as a judge I've had such a collection of weapons" in a case, adding that Coffman "spent two tours in Vietnam so he certainly knows what napalm can do," in reference to the combined Styrofoam and gasoline found in the mason jars.

Coffman, who has been in jail since his arrest on January 6, 2021, will get credit for time served. He was also sentenced to three years probation and mandatory mental-health treatment. (Coffman struggles with depression as well as a series of health issues, including chronic pain throughout his body.)

On January 6, Coffman's car was parked inside a security perimeter established after pipe bombs had been discovered at both the Republican National Committee and Democratic National Committee buildings. After hitching a ride with a woman he had met that day and shared a pizza with in Pentagon City after the Stop the Steal rally, Coffman returned to his vehicle and was immediately arrested by police officers who had found the truck during the perimeter search.

When Coffman was arrested on the evening of January 6, police officers discovered that he was carrying two loaded, unlicensed handguns and had a contact card for a militia in Texas.

Coffman had been on the FBI's radar since a 2014 trip with the militia, American Patriots, where he taken a shotgun and pistol with him to Camp Lonestar, where groups patrol the US-Mexico border, according to court documents.

Investigators also found handwritten lists from Coffman's truck and home, where he identified certain politicians, political operatives as well as a federal judge with titles like "traitors," "Obama's lap dog" or simply put them under a "bad" category.

"Lists are always concerning even if additional threats aren't made," Kollar-Kotelly said.

Prosecutors say Coffman was living out of his truck for several days in Washington, DC, before attending the January 6 rally but have no evidence that he illegally trespassed on Capitol grounds or entered the building.

"From my perspective, you will still have a life ahead of you," Kollar-Kotelly told Coffman during the sentencing. "Don't shake your head, you still will."