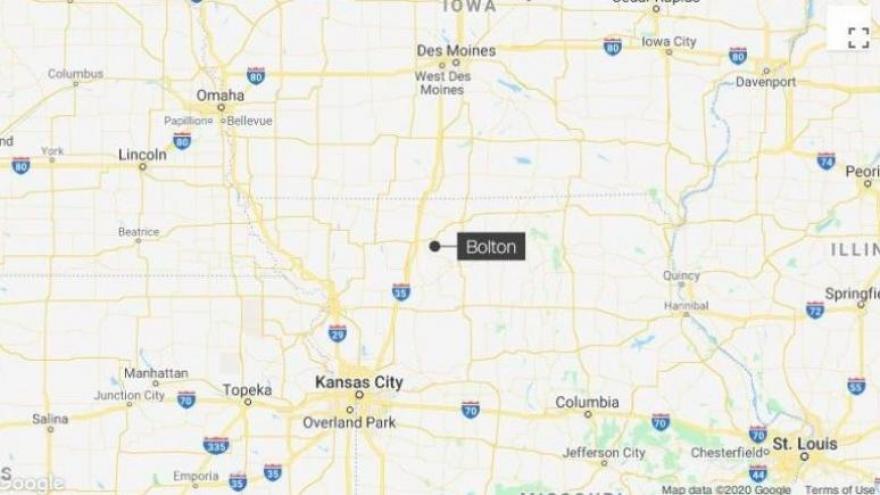 A man under federal investigation in a potential domestic terrorism case was shot and killed Tuesday during an FBI operation to arrest him, people familiar with the investigation said.

(CNN) -- A man under federal investigation in a potential domestic terrorism case was shot and killed Tuesday during an FBI operation to arrest him, people familiar with the investigation said.

The suspect, who hasn't been identified by authorities, was the subject of a months-long investigation into alleged white supremacist activity, and recently had made threats the FBI took seriously, the sources said.

Among the threats was one to carry out an attack on a hospital in the Kansas City, Missouri, area, where he lived, in part because of the belief that patients may be treated there for the Covid-19 virus.

It's not clear why the FBI agents opened fire during the attempted arrest of the suspect during what was supposed to be a controlled operation in Belton, Missouri. Typically in sting operations such as the one Tuesday, investigators use undercover agents or informants to gather direct evidence to prove that a suspect was actively planning to carry out an attack.

The FBI acknowledged the shooting and the man's death, but declined to release additional information.

"The FBI takes any shooting incident involving our agents seriously," FBI spokeswoman Bridget Patton said in a statement. "In accordance with FBI policy, the shooting incident will be investigated by the FBI's Inspection Division. The review process is thorough and objective, and is conducted as expeditiously as possible under the circumstances."

The FBI and Justice Department have increased focus in recent months on racially motivated crimes and threats from white supremacists and other domestic groups, and there are a number of other ongoing federal investigations related to extremists and coronavirus, one of the people familiar with the Missouri investigation said.

Internal reports from the Department of Homeland Security and the FBI drafted in recent days have warned about the threat from white supremacist and other extremist groups related to the Covid-19 pandemic.

In a DHS document dated Monday and obtained by CNN, counterterrorism officials from the agency cited reports about white supremacists calling for people with the virus to intentionally spread it in diverse neighborhoods and at places of worship.

"Members of extremist groups are encouraging one another to spread the virus, if contracted, to targeted groups through bodily fluids and personal interactions," the report, which was reviewed by CNN, says.

On Tuesday, Deputy Attorney General Jeffrey Rosen told prosecutors in a memo that they should consider using terrorism charges in cases where certain threats were made related to the virus, including the purposeful exposure and infection of others.

"Because coronavirus appears to meet the statutory definition of a 'biological agent,'" Rosen wrote, "such acts potentially could implicate the Nation's terrorism-related statutes."

"Threats or attempts to use COVID-19 as a weapon against Americans will not be tolerated," Rosen wrote.

CORRECTION: The map on this story has been updated to show the correct location of the operation.