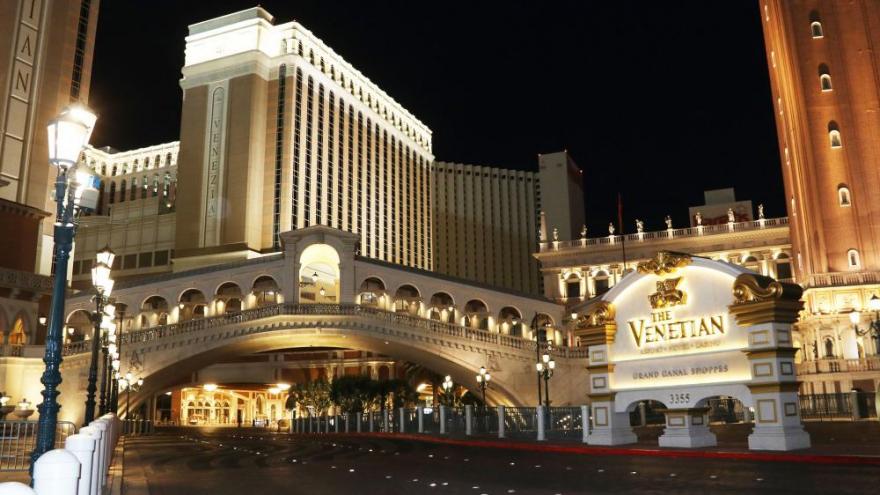 A man was taken to the hospital in critical condition after a stabbing at the Venetian Hotel in Las Vegas on Saturday night, according to the Las Vegas Metro Police Department.

(CNN) -- A man who was critically stabbed at the Venetian Hotel in Las Vegas on Saturday night is expected to survive, according to an updated statement from the Las Vegas Metro Police Department.

The man was found when police responded to a call for a fight on the 34th floor of the hotel just before 11 p.m. local time (2 a.m. ET), the statement said.

He had been taken to the local hospital with stab wounds and had been listed in critical condition.