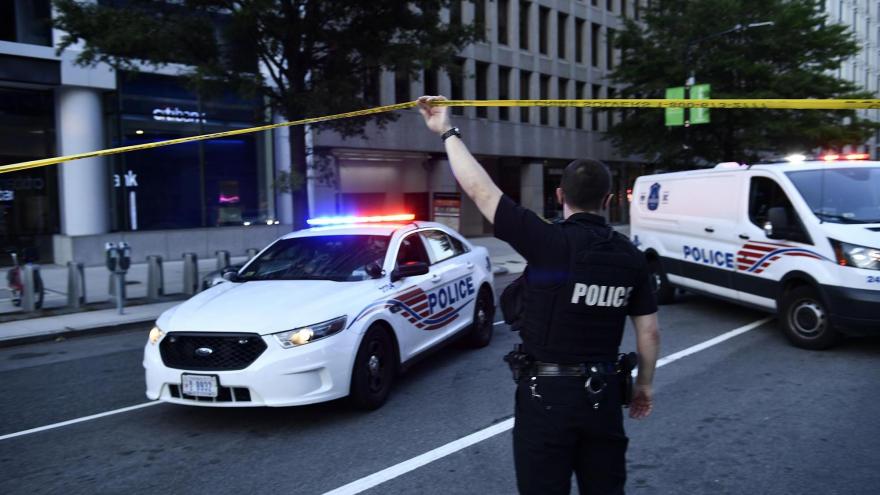 (CNN) -- A Secret Service officer, who shot a Black man outside the White House earlier this month, mistook the black comb in the man's hands for a gun, according to an affidavit filed Wednesday.

Myron Berryman was arraigned Thursday on a simple assault of a law enforcement officer charge after he was shot in the torso on August 10 by an officer on the corner of 17th Street and Pennsylvania Avenue NW. Berryman, 51, is still recovering from his injury in a psychiatric hospital and did not appear in Washington, DC, Superior Court, his attorney Daniel K. Dorsey said.

Dorsey entered a not guilty plea on Berryman's behalf for the misdemeanor charge. If convicted, Berryman faces up to six months in jail, up to a $1,000 fine or both, according to the penal law.

Surveillance cameras showed an object fell out of Berryman's hand that turned out to be a black comb, according to the affidavit.

The incident interrupted a briefing from President Donald Trump, who had been midsentence when security came into the room and asked him to leave the area. Trump was quickly escorted from the briefing room as a safety precaution, but officials said the White House complex had not been breached during the incident "and no Secret Service protectees were ever in danger," the agency said in a statement after the shooting.

Two law enforcement officers later told CNN that Berryman was unarmed, but officials did not say what he was holding.

Court documents also say that Berryman approached an unidentified officer saying, "he's armed," before walking away. The officer said Berryman then turned around and rushed in his direction while reaching to his right side "as if to retrieve an object," according to court documents.

Berryman allegedly told police from his hospital bed on August 17 that three days prior to the shooting, he was released from a psychiatric hospital and he suffers from schizophrenia, according to court documents.

"The only thing he remembered...is that he was lying on the ground, with a black male officer leaning over him asking him for his name a telephone number," according to Berryman's police interview, adding, an "officer kept telling him he was going to 'make it' and told him to breathe several times."

The judge ordered Berryman to stay away from the White House and the officer. Berryman is expected back in court on January 28, 2021, but prior to his next hearing he'll undergo a psychiatric evaluation.

The Secret Service launched an internal investigation, which is ongoing, and officials said they could not comment further.