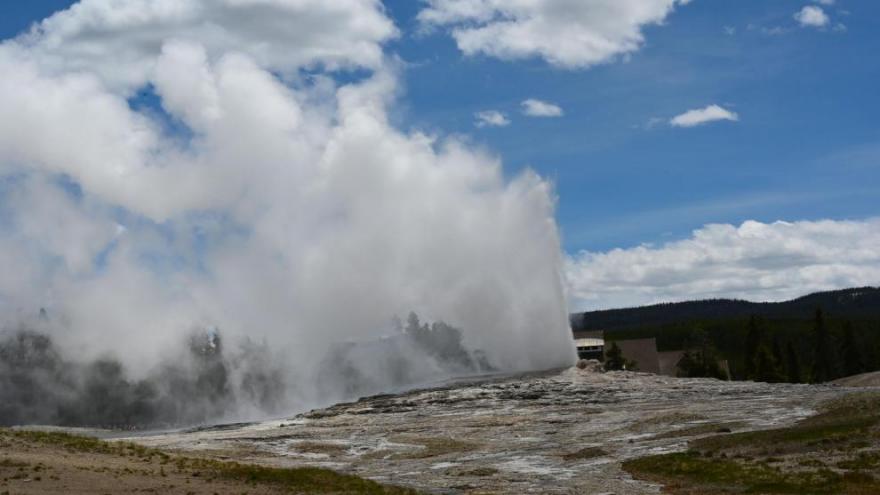 Cade Edmond Siemers told park rangers that he took a walk off the boardwalk without a flashlight and tripped into the thermal water near the cone of Old Faithful Geyser, the NPS said in a statement. The park warns on its website that visitors are to always walk on the boardwalks.

"The ground in hydrothermal areas is fragile and thin, and there is scalding water just below the surface," the statement said.

Siemers was able to walk back to the Old Faithful Inn, where he was staying near the geyser, and call for help around midnight.

Park rangers thought there were signs he had been drinking, according to the statement. They later found a beer can near the geyser, along with one of Siemers' shoes, and footprints leading to and from the geyser.

Siemers was taken by ambulance to the West Yellowstone Airport and then flown by plane to Idaho Falls where he was admitted to the burn center at Eastern Idaho Regional Medical Center. Due to bad weather, the use of a life flight helicopter from Old Faithful was prohibited, the NPS said.

The Old Faithful Geyser erupts every 51 to 120 minutes, according to the NPS. At the vent, the water is 203 degrees Fahrenheit.

The National Park Service said it is continuing to investigate to determine if any damage was done to the geyser cone. If so, they will forward the results to the US Attorney's Office for prosecutorial review.

Siemers was in critical condition on Monday and unavailable for comment, hospital spokeswoman Coleen Niemann said.