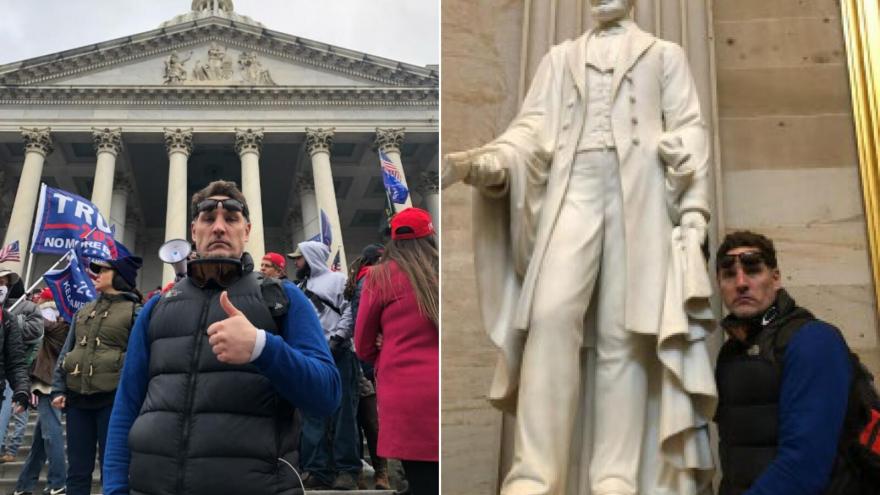 By Andrew Millman and Casey Gannon

(CNN) -- A former Pennsylvania insurance salesman who participated in the US Capitol attack was sentenced Tuesday to six months' probation after revealing he had lost his job and now works as a part-time pizza delivery driver.

Edward McAlanis, from Lancaster County, says he was fired for his participation in the January 6, 2021, riot. The revelation came to light during McAlanis' sentencing hearing Tuesday. He previously had pleaded guilty to one charge of parading, demonstrating or picketing in the US Capitol.

His sentence, handed down by Judge Dabney Friedrich, was six months' probation, $500 in restitution and 60 hours of community service. Three other charges brought against him were dropped in exchange for the plea.

The case and his sentence highlight the significant personal cost to those who committed crimes on January 6. In court hearings over the past year, other rioters have told judges about losing access to their bank accounts, losing touch with family members and, in some cases, moving to new states because of the accusations they faced related to the insurrection.

"It was just an awful day in many respects," McAlanis told the judge Tuesday. "Going back, I wish I could take it back, but I can't."

McAlanis added that he was looking forward to "learning from this" and that he hopes to be reappointed to his East Cocalico Township's parks and recreation board, which he chaired until he stepped down following his arrest.

During sentencing, his lawyer Frank Sluzis told the court that McAlanis has already faced severe consequences for his role in the Capitol attack. Sluzis said his client was fired from his "high-paying" job in the financial services sector after his arrest and now works part time as a pizza delivery driver. The lawyer argued that this should factor positively into Friedrich's sentencing decision.

According to prosecutors, McAlanis spent four hours on Capitol grounds before entering the building itself and remaining inside for about 15 minutes, during which he posed for a picture in front of a statue of Abraham Lincoln, as well as at other locations. These photographs were later provided to law enforcement by some of McAlanis' friends who tipped off authorities on his involvement in the riot.

The government had recommended 60 days of home confinement and three years' probation at sentencing.

Friedrich said McAlanis' role was "minimal" compared with that of other rioters and that he seemed "genuinely remorseful," yet still played "a role in undermining our system of democracy." She also wished him luck at the end.