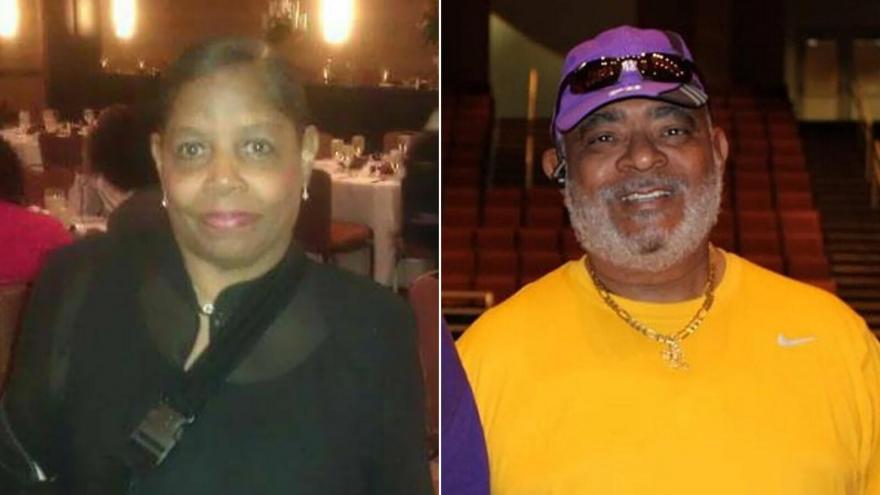 (CNN) -- The families of two people murdered in a racially motivated killing at a suburban grocery store in Kentucky have finally seen justice.

Gregory Bush was sentenced Tuesday to life in prison without the possibility of parole for the 2018 killings of Maurice Stallard, 69, and Vickie Jones, 67, according to Jefferson County court documents.

Bush pleaded guilty but mentally ill to charges of murder, attempted murder and wanton endangerment, according to the court documents.

The 53-year-old Bush, who is White, has also agreed to plead guilty to federal hate crimes charges. His victims were Black and the murders, which happened in October 2018, were racially motivated, according to authorities.

"Vickie Jones and Maurice Stallard were senselessly murdered because of the color of their skin. Our entire community and commonwealth had suffered a loss because of racial enmity," the Jefferson County Commonwealth's Attorney Tom Wine said in a statement.

CNN was unable to reach an attorney for Bush, but Louisville Metro Public Defender Angela Elleman told CNN affiliate WDRB in a statement that Bush's mental illness had not been treated on the day of the murders. By pleading guilty but mentally ill, he will receive treatment and medication while in prison, Elleman said.

"On the day of this tragedy, Mr. Bush's schizophrenia was not medicated, so he was tortured by voices that threatened to kill him and his family," Elleman said. "He acted out of his psychosis and his illness, while at the very same time his elderly parents were downtown seeking a mental inquest warrant to hospitalize him for everyone's safety."

However, court records show Bush has a history of making racist threats, according to WDRB.

Bush killed Stallard inside a Kroger grocery store, where he was helping his 12-year-old grandson buy a poster board for the boy's school project. Jones was killed in the store's parking lot in the Louisville suburb of Jeffersontown on October 24, 2018.

Kelly Watson, Stallard's daughter, said during the court hearing that her father was with her son when he was shot, WDRB reported.

"The man whose life you took, he gave and he loved everybody around him," Watson said. "He was there for everybody ... And I hope that while you are sitting in jail, you are able to reconcile your own life and think about what you did. And I'm grateful you will never be able to hurt anyone else."

Before the shooting, Bush tried to enter a predominately Black church nearby, but was unable to get inside, officials said.

After the shooting, Bush exchanged multiple rounds of gunfire in the Kroger parking lot with an armed civilian who had a concealed carry permit. Police arrested Bush shortly after the shooting.

Bush did not make a statement after his sentencing, WDRB reported.