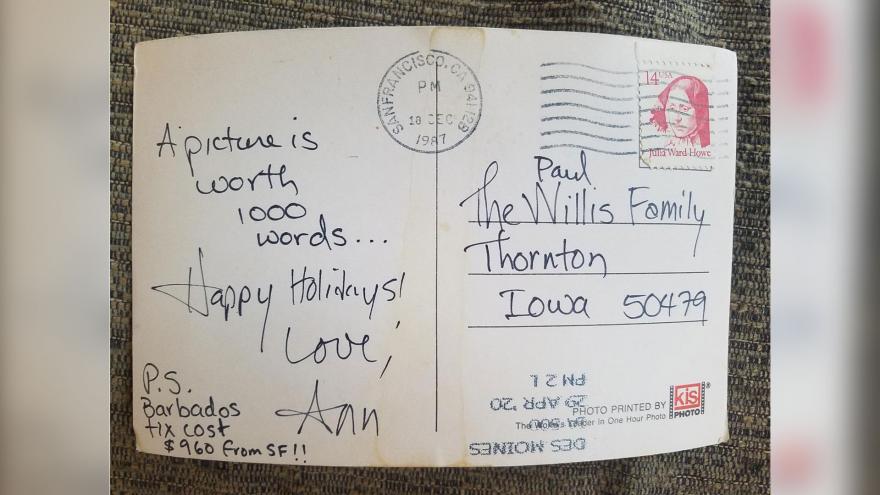 (CNN) -- "A picture is worth a thousand words. Happy Holidays!"

That's the message one sister in California sent to her brother living in their Iowa hometown -- 32 and a half years ago. But by some happenstance, the message written on a postcard made its way to the rightful recipient this week.

Willis told CNN he went to check his mail, like he does at noon every day, and ran across a postmarked 1987 postcard from Havasu Falls, Arizona, with a photo of his older sister, Lovell, on the other side.

"We were both really excited about it," Willis said. "It was one of those sort of fun things that happened." 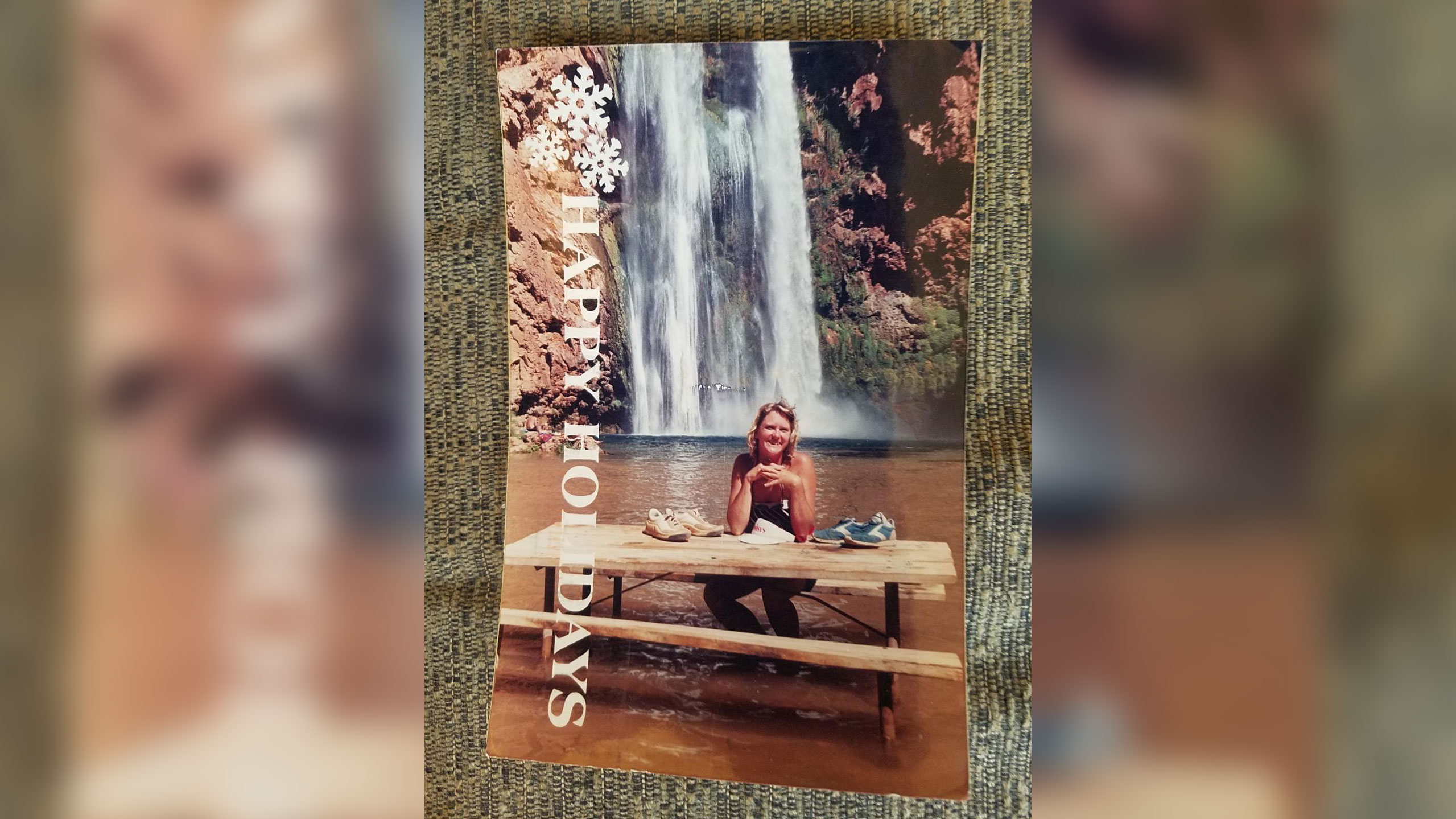 Willis said the postcard doesn't have a numerical address because the family name and town of the recipient has always been and still is good enough to receive mail.

Lovell told CNN she never asked Willis if she received her handmade postcard.

"I don't think we ever really talked about it in those days," she said. "We just assumed everything in the mail went through."

After calling his sister to say thanks for the mail, the two were intrigued by how the postcard finally made its way to them. Willis made another call to his local post office.

"I asked if they had any insight and she just told me that many of the post offices were doing deep cleanings because of Covid-19 and that's what we think had just happened," he said. "And somebody thought enough to stick it back in the mail."

A spokeswoman for the United States Postal Service told CNN they can't speculate on what happened at the local post office.

"If it hadn't been for the deep cleaning, I don't think we'd ever discover this postcard," Willis said.

But that's not the only thing Willis discovered this week. On Wednesday morning, he said he also found a wallet that had gone missing on a prairie near his home in 2005.