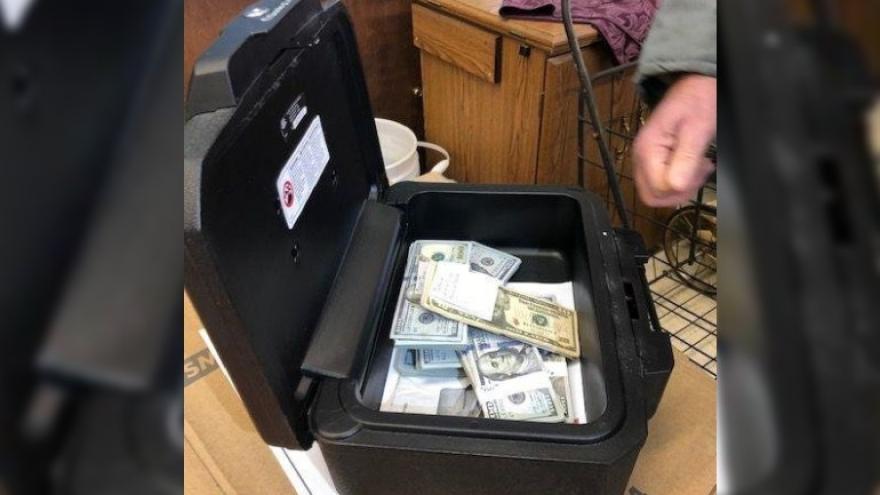 OWOSSO, MI (WNEM) -- What would you do if you found $43,000 in a piece of furniture you purchased from a thrift store?

It happened to one Michigan man, and he decided to return all the cash.

Howard Kirby likes to shop at the Habitat for Humanity ReStore in Owosso, located about 30 miles west of Flint.

He purchased a couch from the store in December for his man cave, but this weekend he made a shocking discovery.The couch was filled with thousands of dollars in cash.

“I still have to pinch myself to make sure I’m not dreaming or something,” he said.

Kirby said he had the ottoman for a few weeks before noticing it was uncomfortable. That’s when his daughter decided to open it up.

“That’s when she started pulling out this,” Kirby said.

Kirby said he didn’t feel right keeping the money. So, he reached out to the store to find out who had donated the couch.

It turns out, it was Kim Fauth-Newberry. The couch originally belonged to her grandfather, who died last year.

On Jan. 16, the ReStore held a big surprise for Fauth-Newberry to give back every penny found in the cushion.

Kirby said an attorney told him he had no legal obligation to give the money back, but he felt he had to for moral reasons.

That is something Rick Merling, the ReStore manager, thinks is heartwarming.

“To me, this is someone that despite what they’re going through – and in spite of their own needs – says ‘I’m just going to do the right thing,’” Merling said.

Kirby said he could’ve used the money – he needs a new roof badly – but he feels better knowing the money is in the rightful hands.

“I always thought, 'What would I do if that ever happened?' Now I know, and it makes me feel good,” Kirby said.